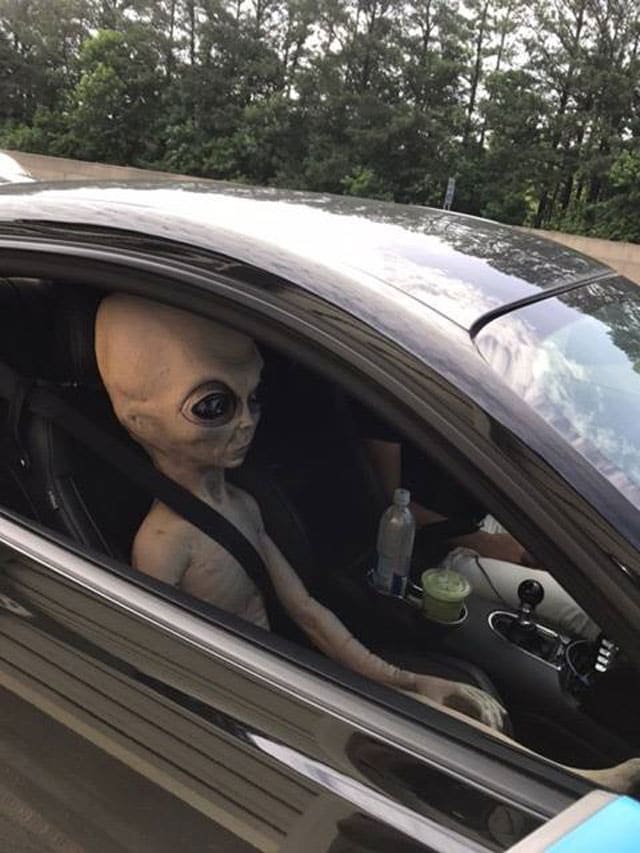 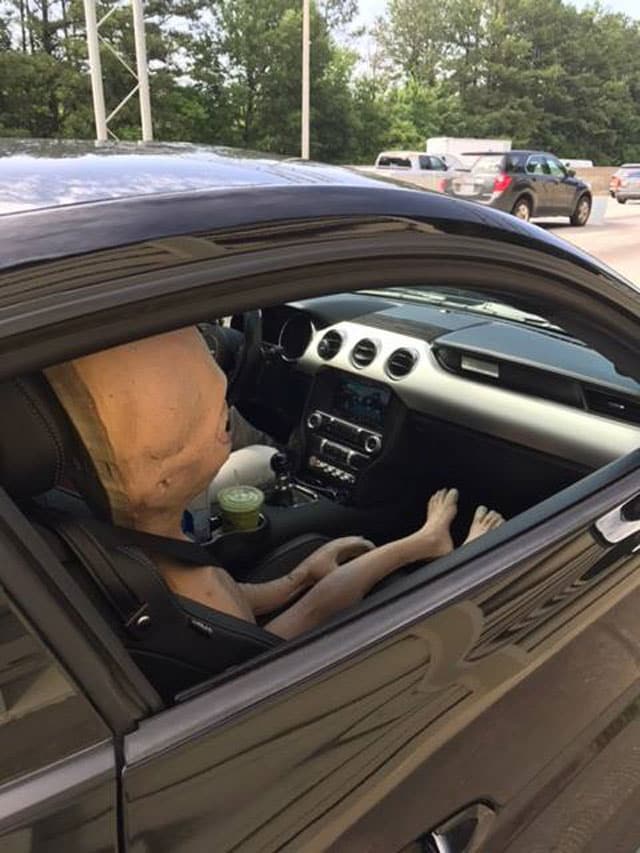 Just in time for Independence Day, a motorcycle cop in Alpharetta, Georgia, discovered an out-of-this-world passenger riding shotgun when he stopped a guy for speeding this week.

The driver was clocked at 84 miles per hour, but when the officer approached the vehicle, he found an intelligent life-sized alien in the passenger’s seat. The alien was wearing his seat belt for safety, which pleased the officer.

The driver got off with just a warning, but not before the officer snapped a couple of photos, which were later shared to the department’s Facebook page, along with the post, “Umm, the things you see during everyday patrol. #ET #doesthisqualifyforHOV #IndependenceDay.”

George Gordon, spokesman for the Alpharetta Police Department, said the driver didn’t offer an explanation for his passenger’s presence. But according to Alex Medrano, who claims to be the driver on the department’s Facebook page, “My friend is not for the HOV lane. He is part of the show when I go to car meets/shows and for a comedic effect at stoplights.”