Texas cops get new guns thanks to NRA grant 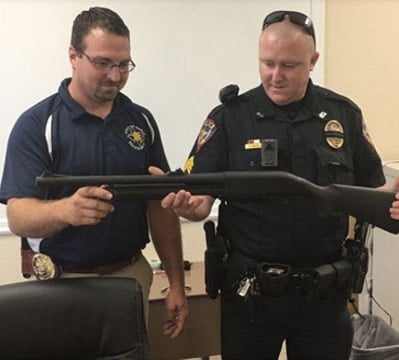 Officers inspecting one of their new shotguns.

Thanks to a grant from the National Rifle Association Foundation, a central Texas police department purchased five new and much-needed shotguns.

The Early Police Department received the new guns Monday and, once qualifications are completed, they will be placed in patrol cars.

The rural department, which is located about 80 miles southeast of Abilene, applied for the $2,623 grant last fall and was informed in spring that they would be awarded the money. The department called the new guns a needed asset, according to reports from local media.

The department said their current shotguns were old and some needed to be decommissioned, although all not completely. Some of the old guns will undergo adjustments to be converted into non-lethal weapons used to shoot bean bags.

According to their website, the NRA Foundation has awarded more than $335 million in grants since 1990. Additional information, including requirements, deadlines, and application procedures for the grants can be found here.