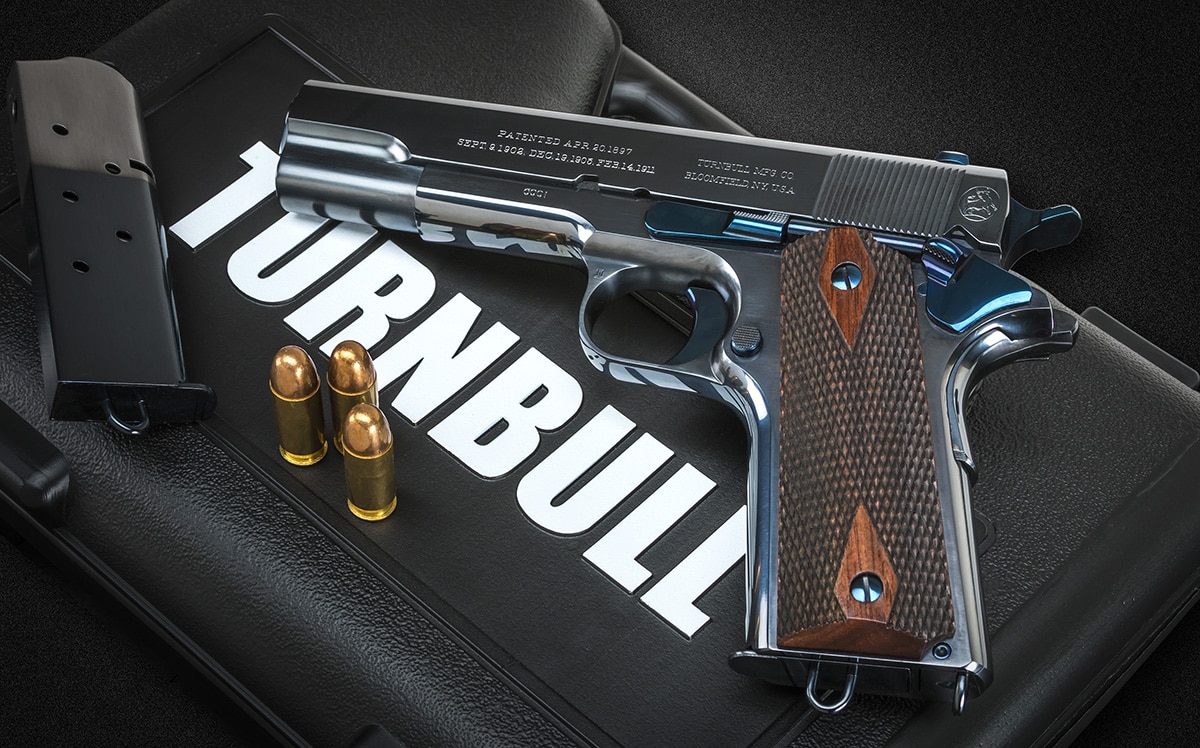 Turnbull Restoration’s limited edition recreation of the Commercial 1911 Government Pistol will coincide with Independence Day to mark the significance in the history of American firearms, the company said Thursday.

The pistols, chambered in .45 ACP, will be finished in the circa 1912 early style, which includes a high polish charcoal blued slide and frame. The one piece, steel trigger in addition to the slide stop hammer and grip screws are nitre blued for added strength. Two 2-tone magazines with the then standard lanyard loop ship with the pistol in a Turnbull branded leather case.

“The 1911 is simply the best known and still most beloved pistol design in firearm history and the Commercial is the design that people most identify with it,” CEO and Turnbull Founder Doug Turnbull said in a statement. “It just made sense to honor this purely American firearm design by releasing it on Independence Day.”

Serial numbers and other stampings will also be consistent with the style used on the original design. Additionally, every pistol will come with Turnbull’s Turning Bull mark on the left rear of the slide.

“The history of the 1911 is a fascinating voyage through the growth and development of the American firearms industry,” added Turnbull of the Commercial 1911. “The Commercial 1911 is the gun most enthusiasts picture when you talk about the original 1911.”

The Commercial will drop on July 4 with a limited production run of 20 pistols. The handguns carry a price tag of $4,995.