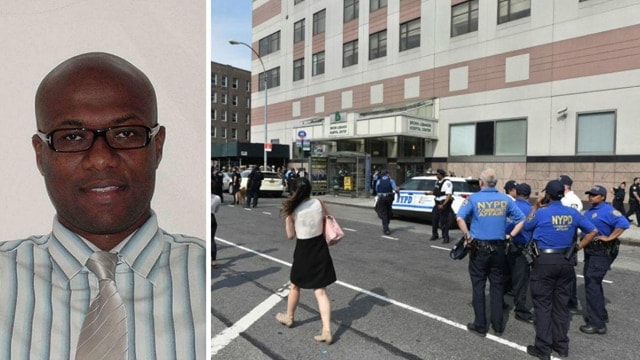 Dr. Henry Bello was a former employee at the Bronx-Lebanon Hospital. (Photo: Facebook)

One person was killed and six others injured Friday afternoon when a disgruntled doctor went on a shooting rampage at a hospital in the Bronx, before killing himself.

Authorities say Henry Bello, 45, had previously worked at the Bronx-Lebanon Hospital Center for six months, according to the New York Times.

Investigators think Bello snuck the AR-15 he used under his lab coat. A female doctor was killed. Police Commissioner James P. O’Neill said five others were “fighting for their lives.” The sixth person injured suffered a gunshot wound to the leg.

The mayhem ended when Bello set himself on fire, ran through a hallway, and shot himself in the head.

“The situation unfolded in the middle of a place that people associate with care and comfort,” said Mayor Bill de Blasio, adding that Bello acted alone in what appeared to be a workplace dispute.

Officials say Bello resigned from the hospital amid sexual harassment allegations. That wasn’t the first time he’d faced such accusations. In 2004, he was arrested and charged after a 23-year-old woman said he grabbed her crotch and tried to penetrate her. “You’re coming with me,” he said as he lifted her up, according to police.

“Everybody just started screaming,” said one woman who was in the hospital Friday.

“The cops came and started emptying out the rooms floor by floor — ‘Everybody get out, get out, get out!’” said Miguel Mercado, who was lying in a hospital bed waiting to get an M.R.I. on the 10th floor.

“It’s been happening almost anywhere, but nobody was waiting for this,” he said. “Who would have thought it would happen in a hospital?”