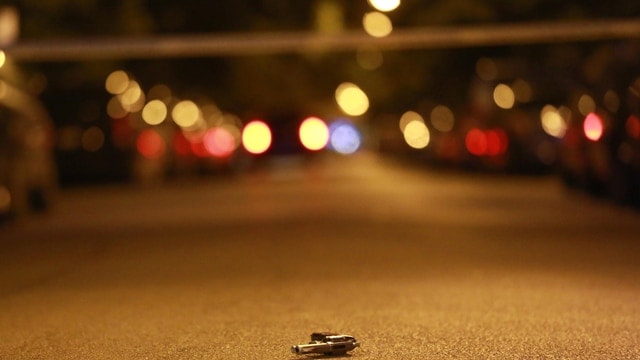 Twenty more federal agents are now in Chicago, working as part of a newly formed task force comprised of state and local police, and existing federal agents, to crack down on gun traffickers and repeat gun offenders.

Chicago Police Department officials announced the “Chicago Gun Strike Force” at an afternoon press conference Friday. The group has been operational since June 1.

“What makes this partnership unique, is that we will also have prosecutors from the U.S. Attorney and the Cook County State’s Attorney’s Office working alongside the police officers and the federal agents,” said CPD Bureau of Organized Crime Chief Anthony Riccio.

Officials say those ballistics experts will allow detectives to trace weapons within hours, rather than days. The task force will focus on unsolved shootings, gun-related deaths, and the illegal flow of guns into the city.

In the early days of his administration, President Donald Trump said he’d “send in the Feds” if Chicago couldn’t “fix the horrible ‘carnage’ going on.” Weeks later, the president repeated the claim, sparking Chicago Mayor Rahm Emanuel to lose patience. “We don’t have to talk about it anymore, just send them,” Emanuel said.

In an early morning tweet Friday, the president took credit for the additional agents.

But in February, an ATF spokesman said the Gun Strike Force had, by then, been in the works for some time. The official said the effort was not a direct response to Trump’s threat to “send in the Feds,” and, at that time, the administration had not discussed strategies with the agency.

But Sessions doubled down on claiming credit Friday. “The Trump Administration will not let the bloodshed go on; we cannot accept these levels of violence,” he said in a statement. “That’s why, under President Trump’s strong leadership, we have created the Chicago Gun Strike Force.”

At least 1,760 people have been shot in Chicago in 2017, according to the Chicago Tribune. That’s down from this time last year.

In an op-ed for the Chicago Sun Times Thursday, Superintendent Eddie Johnson said so-called nerve centers equipped with gunshot detection tech and camera feeds are helping police to drive down those numbers. Five of the most violent police districts are using the technology.

Johnson said they’re working the problem from several angles, and he’s optimistic about the results he’s seeing so far.

“This is our approach in 2017,” he said. “It is achieving results. Achieving success will take time. Across all districts, shootings are down about 14 percent in Chicago this year. But our work is by no means done.”