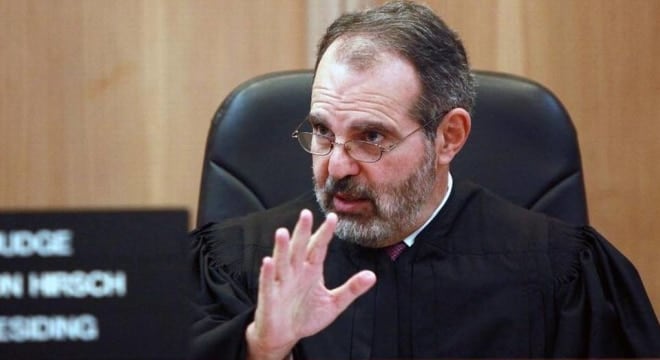 Judge Milton Hirsch of Florida’s 11th Judicial Circuit found lawmakers violated the separation of powers doctrine in the state constitution and that it was the job of the Florida Supreme Court to set procedural policy on how hearings are conducted. (Photo: Roberto Koltun/Miami Herald)

A Miami-Dade Circuit Court last week said the state legislature went too far to change procedures in some justifiable use of force cases.

The ruling came in the case of defendant Liletha Rutherford, a South Florida woman charged with aggravated assault and grand theft, and was seeking to use a “stand your ground” defense which would grant her a pretrial hearing that, under the new law, would force prosecutors to disprove she was entitled to. In his 14-page ruling, Hirsch held that lawmakers violated the separation of powers doctrine in the state constitution and that it was the job of the Florida Supreme Court to set procedural policy on how hearings are conducted.

He further notes that, in seeking immunity, it is settled practice for those claiming immunity to show they are entitled to it.

“The statutory change at issue here, however, displaces that law,” said Hirsch. “It purports to shift the burden of proof at a pretrial hearing on a ‘Stand Your Ground’ claim from the defendant to the prosecution; and to elevate that burden to require clear and convincing evidence.”

Supporters of the law that drew fire from Hirsch felt it should be up to the state to prove beyond a reasonable doubt that defendants were not acting in self-defense prior to, for example, a potential justifiable homicide moving toward a murder trial.

As noted by the Miami Herald, Hirsch’s ruling isn’t binding and other courts in the state can follow the new law if they choose.

The author of the law, Sen. Rob Bradley, R-Fleming Island, told the Herald he believes lawmakers were on target when they crafted the tweak to “stand your ground” and was confident other courts would agree.

“I would be surprised if this decision were upheld at the appellate level,” said Bradley.