As part of a weapons amnesty in Denmark, police recovered a vintage stockpile of munitions including submachine guns and grenades.

The South Jutland Police posted images to social media last week of some 25 weapons and 100 grenades turned in as part of a reprieve for those with illegal or unregistered arms, many of which may have a connection to Danish history.

Occupied by Germany during World War II, Denmark was home to a well-organized network of underground resistance units, often equipped by the Allies through the OSS and SOE. Among the weapons brought down from attics and up from under floorboards last month were STEN submachine guns, an anti-tank rocket launcher, a BREN light machine gun, and various bolt-action rifles including German Mausers. 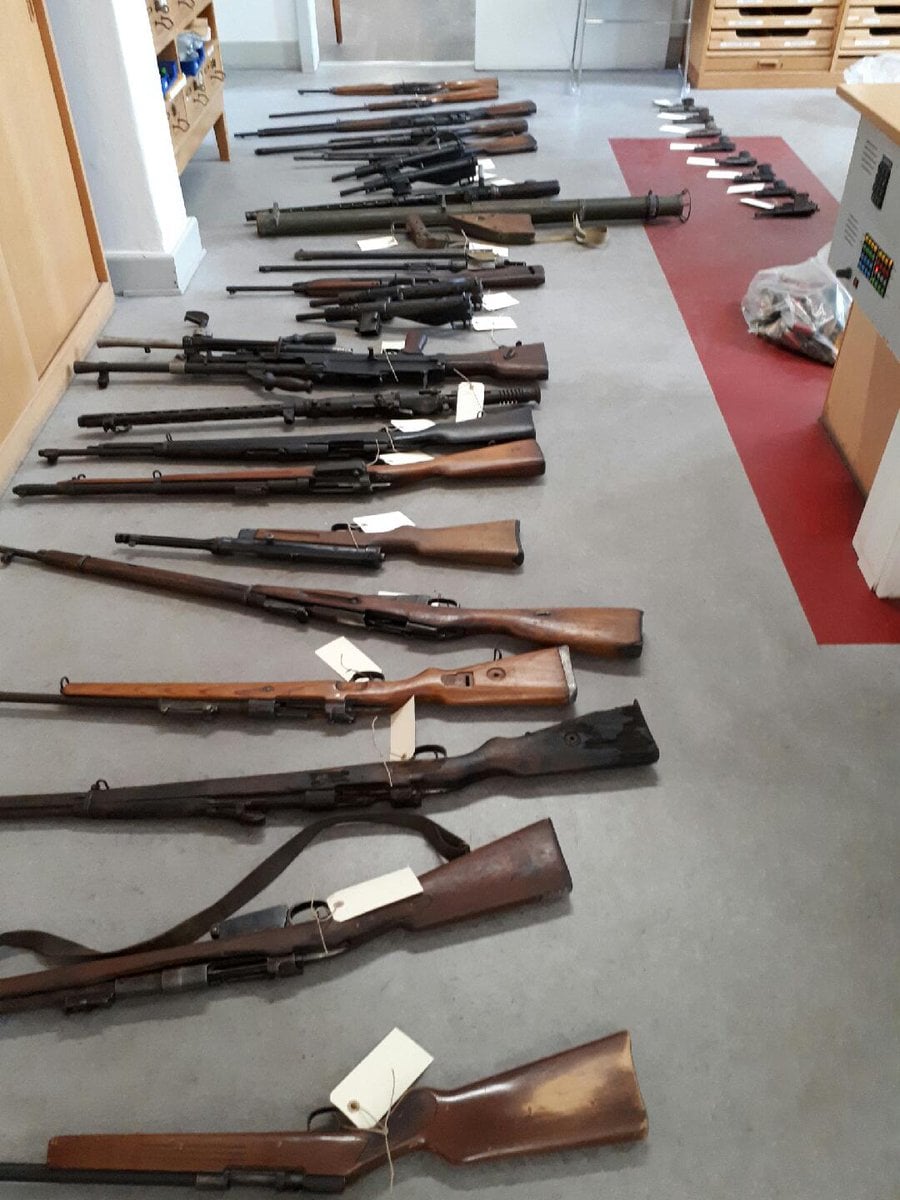 Everything from K98 Mausers to M1 Carbines, as well as what looks like a Mosin 91 and a Beretta M38/42 SMG (Photos: South Jutland Police) 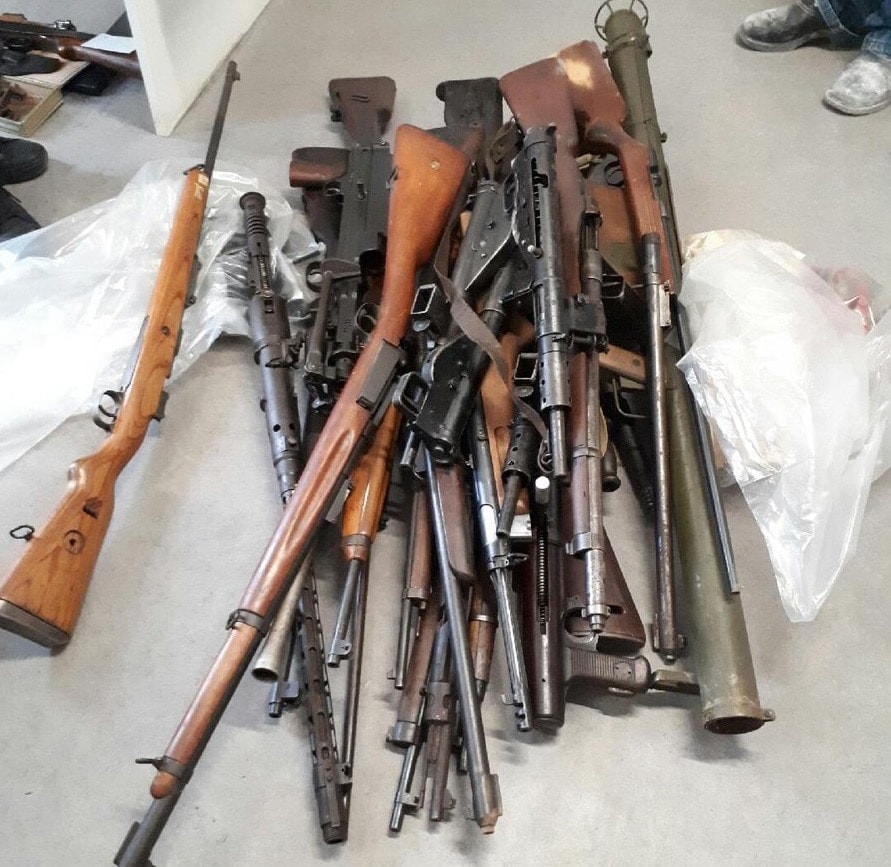 What a stack of history. Note the Krag rifle on the top of the stack– standard issue for the Royal Danish Army– mixed in with assorted other arms 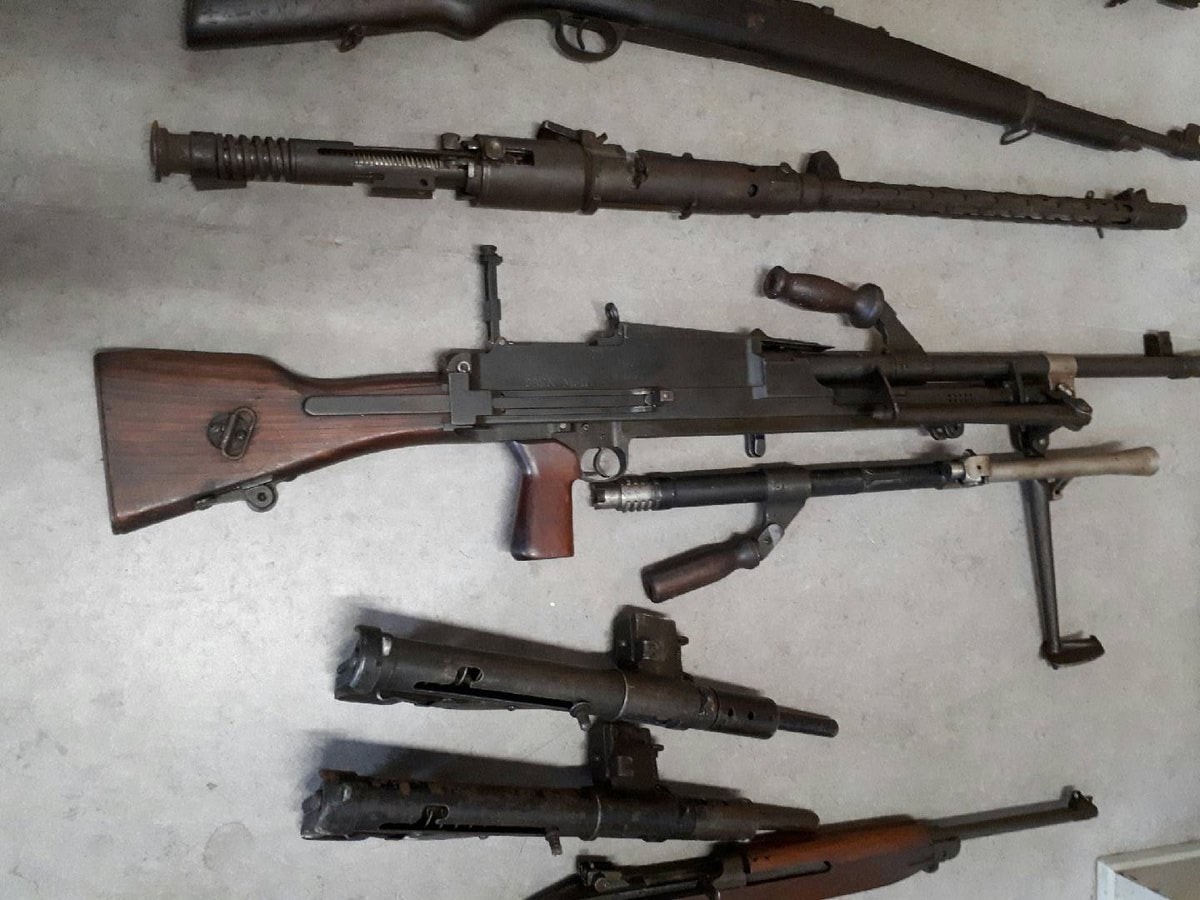 The bazooka-looking thing at the top is a German Panzerschreck RPzB 54, minus the characteristic shield while the bolt-action rifle nearest the camera appears to be a French Berthier

As noted by Danish media group Amtsavisen, many of the guns and munitions are believed linked to the famous Hvidsten Group (Hvidstengruppens), a resistance organization who met secretly at the Hvidsten Inn in the city of Randers. Active in 1943-44, eight of the group’s members were executed by the Germans while others were imprisoned.

Starting from humble beginnings, it is estimated that as many as 45,000 Danes were part of the resistance by the end of the war. 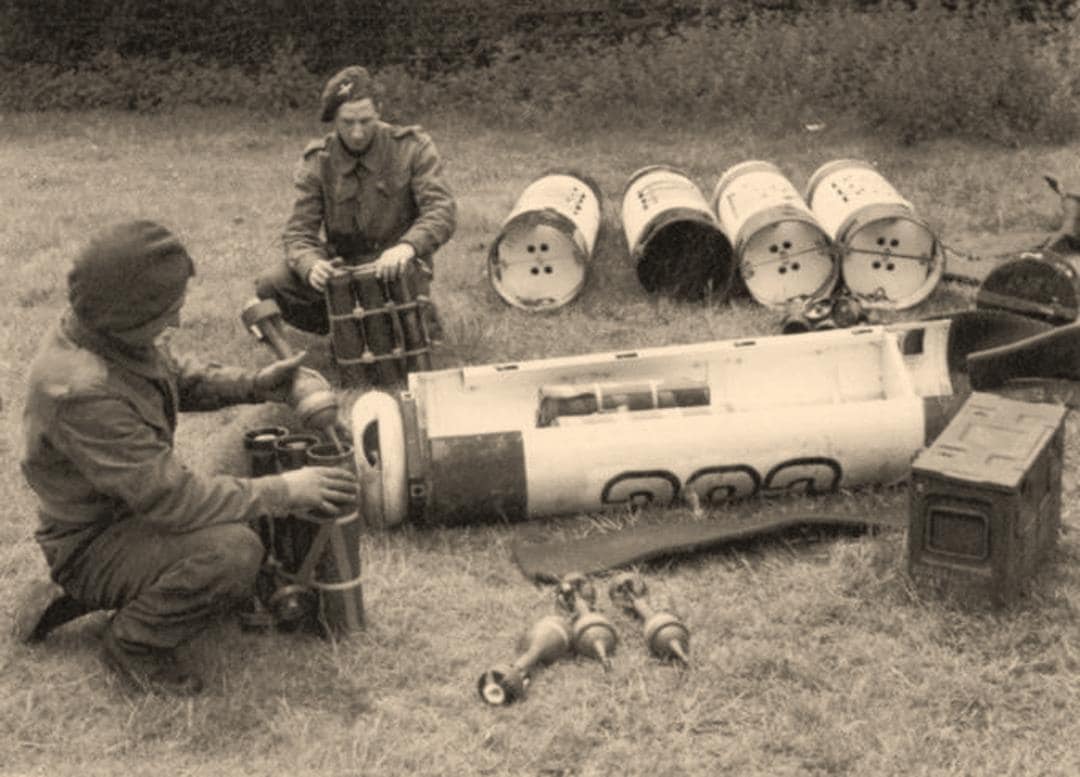 Many of the resistance groups in Denmark, as in the rest of occupied Europe, were armed by the Allies via airdropped containers, such as this image of British troops loading PIAT anti-tank rockets. (Photo: hvidstengruppen.randers.dk) 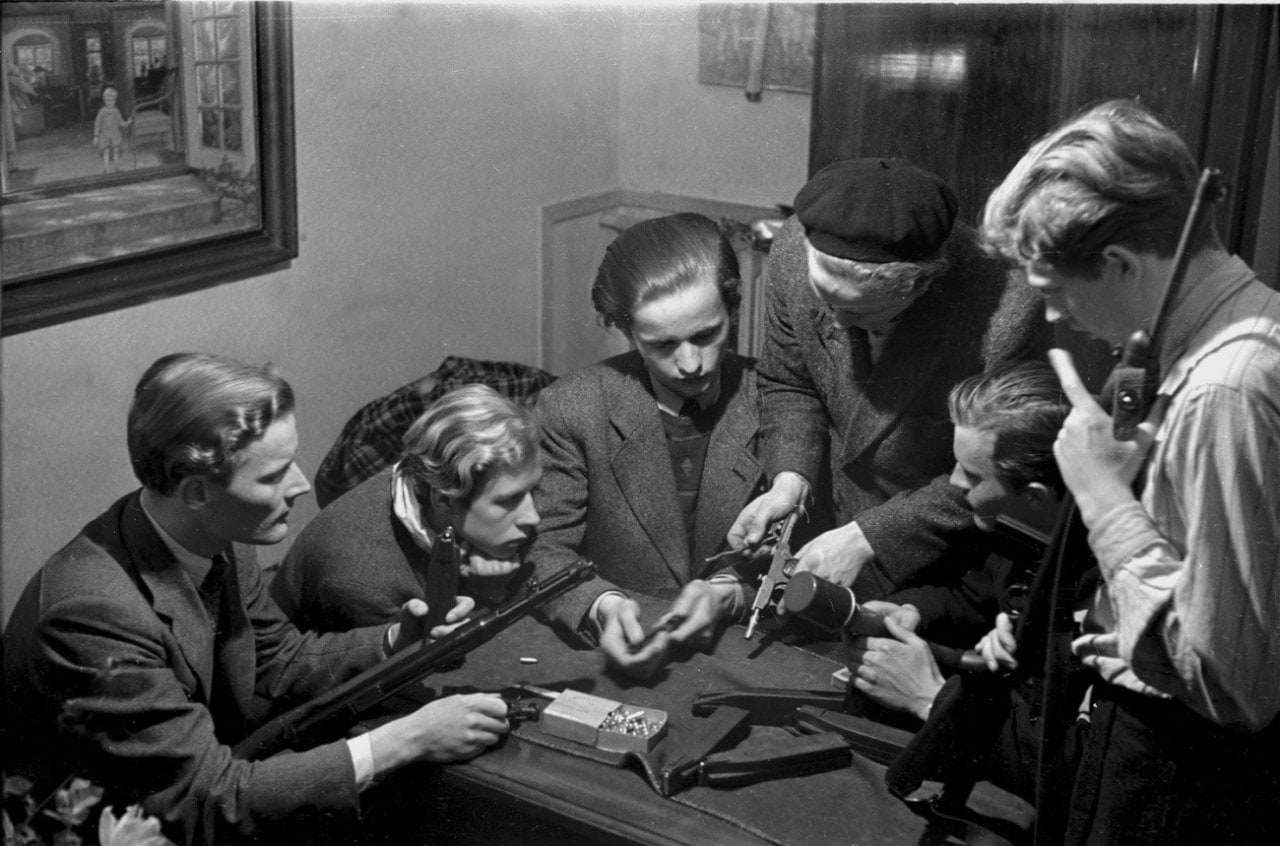 Danish Resistance fighters are instructed in the use of various firearms–including what look to be an M1 Carbine and a K.31 SMG with its distinctive coffin magazine (Photo: Museum of Danish Resistance/Frihedsmuseet)

Besides the former resistance arms, a number of weapons of more modern vintage– as well as some that predated WWII by a good bit– surfaced. 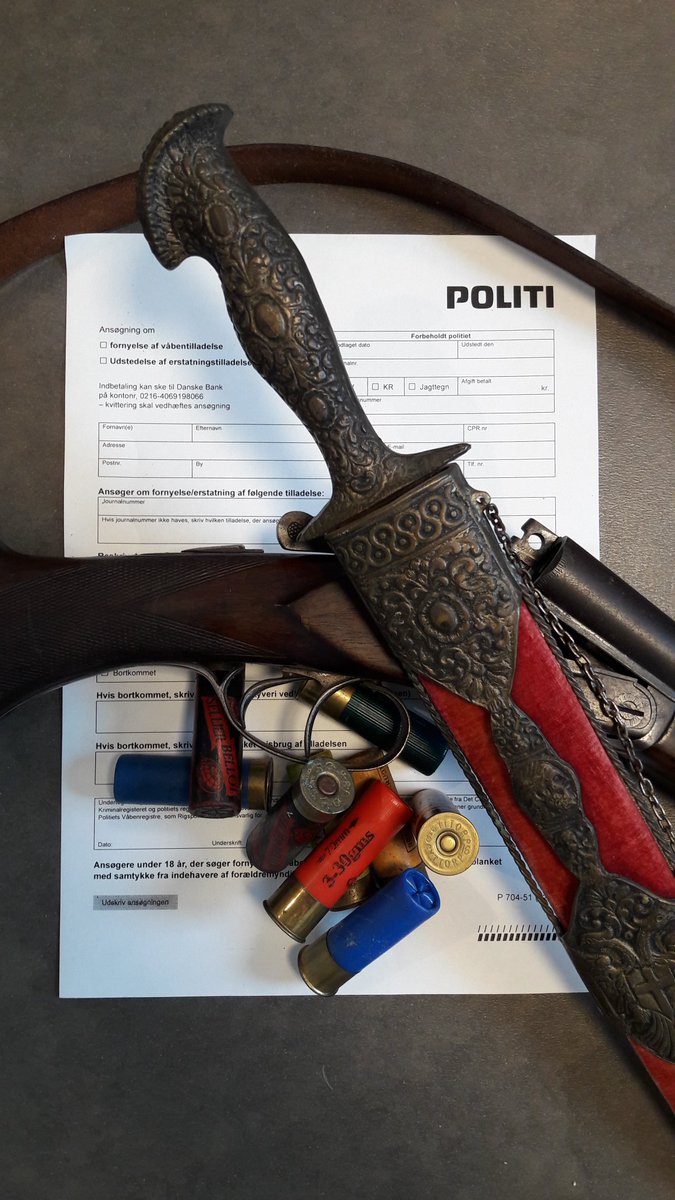 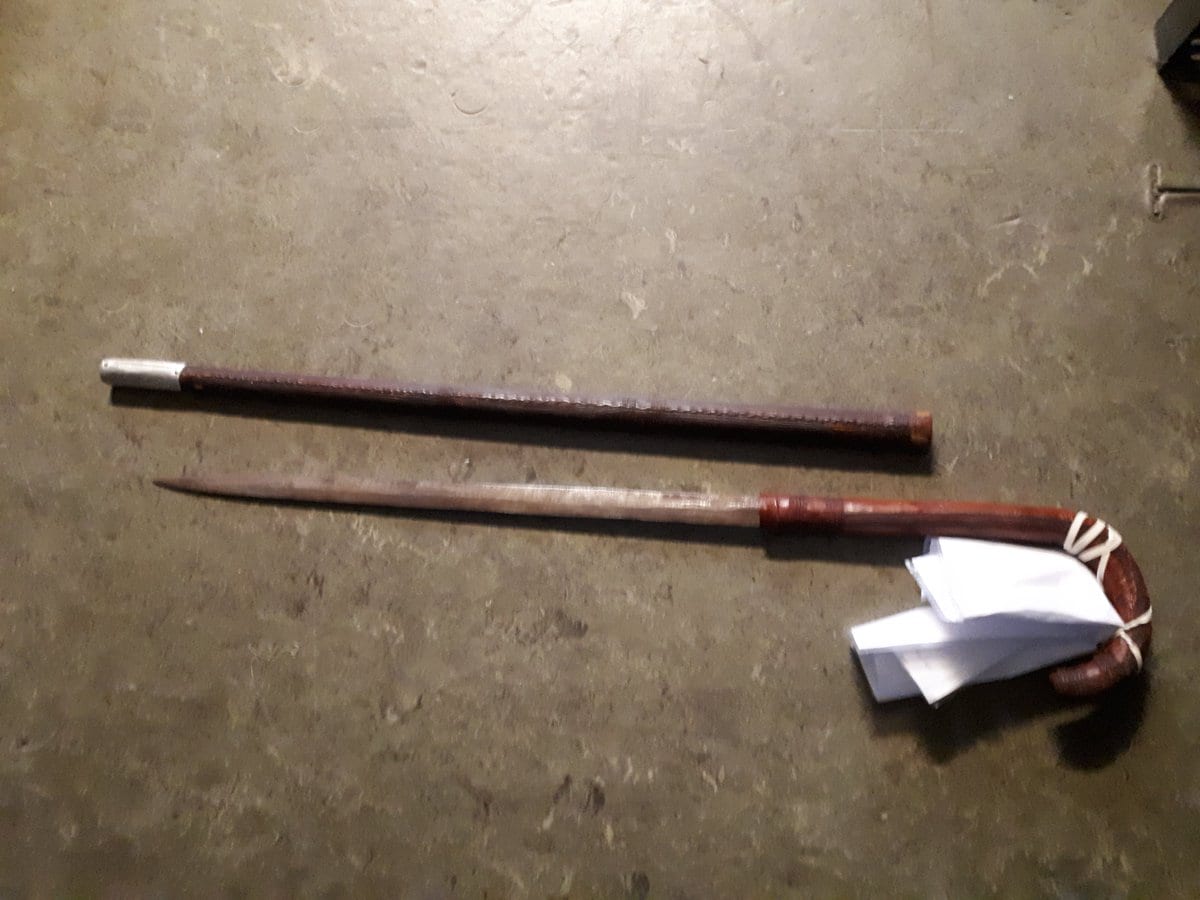 A cane sword was brought in along with a vintage military saber. 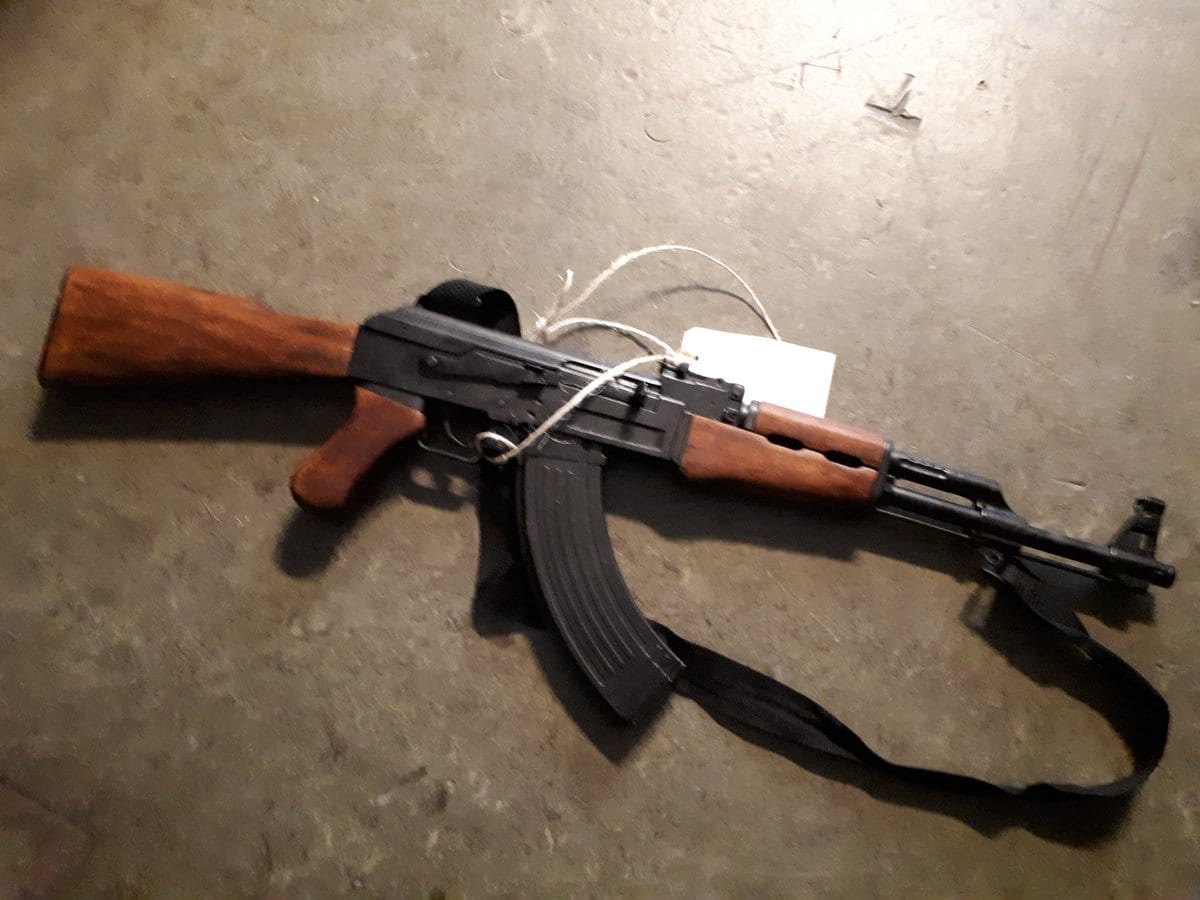 How about a nice milled receiver AK?

Authorities are reportedly contacting the Danish National Museum about some of the more historical weapons.