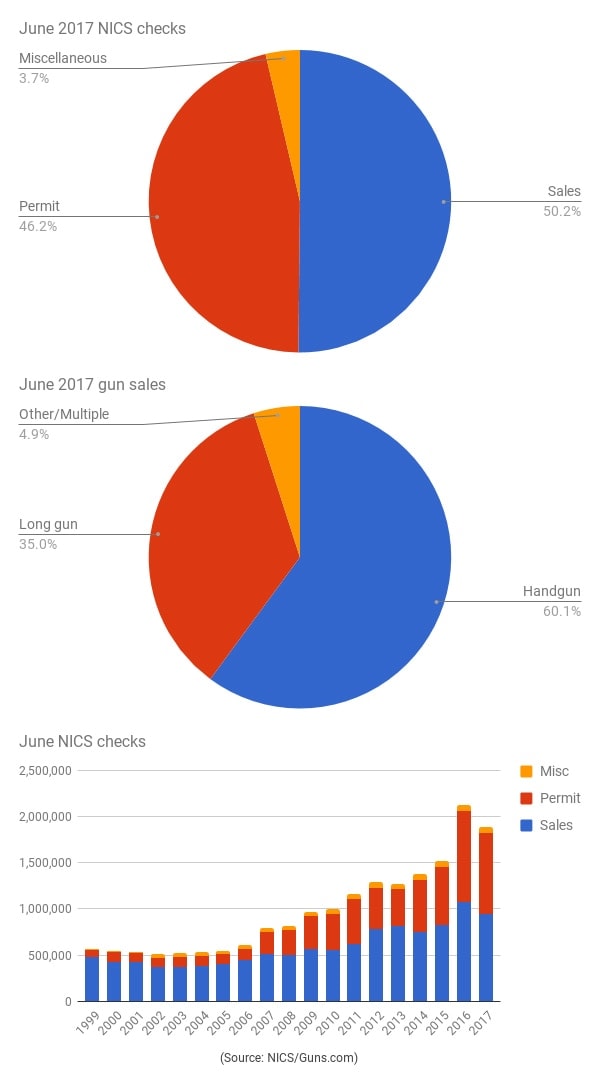 Estimated gun sales totaled 947,107, down by 129,485 from last year. June’s total is comprised of checks processed by the National Instant Criminal Background Check System before a licensed dealer transferred a firearm to a buyer. The gun industry uses the system as a proxy measure for gun sales.

For the second year in a row, NICS reported higher June sales checks than in May, beating out the month by 2.2 percent. Dealing with high inventory levels, major gun makers have credited promotional materials leading into to the summer, effectively moving inventory by discounting items with rebates.