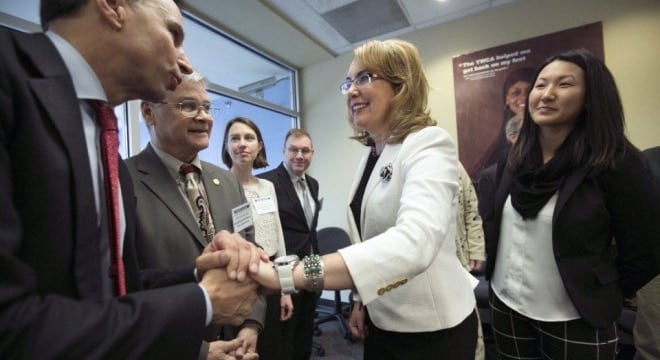 The Oregon House gave a slim nod to gun control legislation on Thursday that would establish extreme risk protection orders, forcing subjects to surrender their firearms.

The measure, SB 719A, will allow police, or a member of a subject’s family or household, to file a petition with the court which could lead to an order prohibiting firearms possession if it is believed they pose an imminent risk to themselves or others. The bill passed the Senate 17-11 in May and the House 31-28 this week, picking up only one Republican supporter along the way.

Backers argue it could help address the number of suicides in the state, with the bill’s author, Sen. Brian Boquist, R-Dallas, crafting it after the loss of his stepson in 2016.

The measure, now headed to Gov. Kate Brown, would establish a process for obtaining an extreme risk protection order issued by a judge in a civil court that would prohibit the subject of such an order from possessing or purchasing firearms or ammunition. It would grant law enforcement enforcing such orders the power to search for and seize guns that were not surrendered. Those filing fake orders could be imprisoned for up to a year, or pay a fine of up to $6,250, or both.

The proposal is modeled on one adopted after a ballot referendum last fall in neighboring Washington following a $3.5 million push by gun control groups, which in turn was based on a 2014 California law.

“Today, the Oregon Legislature delivered a victory for safer communities in the form of a responsible bill that helps keep guns out of the hands of individuals who are experiencing a mental health crisis,” said Giffords in a statement. “This bill will not only ensure that law enforcement and families have the resources they need to help those who need it most, this bill will prevent tragedies and save lives.”

Gun rights advocates with the Oregon Firearms Federation called the measure, “one of the most dangerous, hateful and mean-spirited pieces of legislation ever introduced,” noting that it provides no structure for those deemed at risk to receive help, or those dangerous to be taken into custody.

“Now a vindictive family or household member has the power to have your rights and property stolen from you simply because they chose to make an accusation against you,” said the group in a statement.

Gov. Brown, a Democrat, is expected to sign the measure into law, leaving it to take effect 91 days after the end of the current legislative session.