$1.3 million to go to installation of bullet-resistant panels, windows on NYPD command units 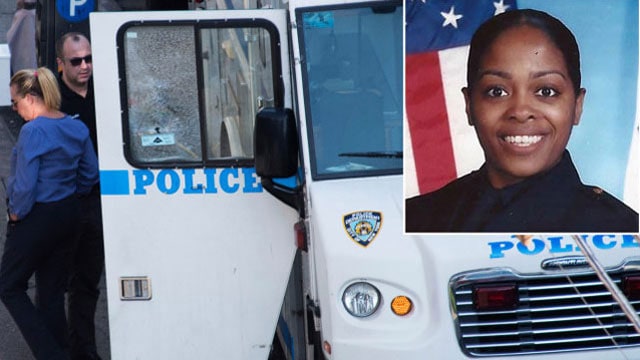 New York City Police Officer Miosotis Familia was shot in the head last week through the window of police vehicle that was parked in Brooklyn. (Photo: NYPD)

City Administration approved the $1.3 million investment, which will go towards outfitting the mobile command units with bullet-resistant door panels and window inserts, as well other components designed to improve officer safety. The money for the investment will come from City Tax Levy funds and asset forfeiture funds.

“The investment builds on this Administration’s previous commitment towards outfitting NYPD patrol vehicles with safety measures that allow our officers to do their jobs, and it is fundamental that we continue to identify ways to keep them safe,” said New York City Mayor de Blasio in a statement announcing the initiative.

Speaker of the New York City Council Melissa Mark-Viverito called it a “worthwhile investment,” while State Senator Andrew Lanza said protection of police officers should be an “utmost priority.”

“My goal as the Police Commissioner is to do whatever I can to protect and equip our police officers,” said NYPD Police Commissioner James P. O’Neill. “This added ballistic protection will do just that. As we learn more from the senseless murder of Police Officer Familia, we will continue to look at any additional measures the Department can take to protect those who protect us.”

So far, more than 2,000 patrol vehicles have been outfitted with bullet-resistant door panels, with the remainder of the fleet on track to be completed by the end of the year. Likewise, the first 500 window inserts are due to be installed this month. It’s unclear when installations on the mobile command units will begin.