Extreme long range shooting: What is it and what's the appeal? 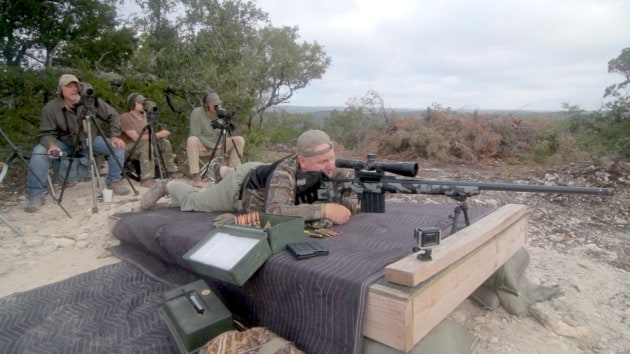 Long distance shooting has always appealed to many dedicated shooters, but a new contender has emerged and is stealthily gaining a fan base — extreme long range shooting. Though not a huge disparity in terms of style, shooting out to extreme distances demands skilled shooting and upgraded gear.

Why are gun owners, then, going beyond long distance to take on extreme long range?

Extreme long range shooting, or ELR as its affectionately known, comes down to pushing limits and seeing how a rifle’s performance matches with the skills of the shooter pull the trigger.

“I think it is a natural extension for people that have been shooting for a long time at ‘normal’ ranges and just want to push the envelope and try something new,” Matt Bettersworth, general manager for Hill Country Rifles, told Guns.com in an email. “It is just addicting.”

By most accounts, ELR constitutes shooting past the 1,500 yard mark with groups like Hill Country testing the capabilities of their setups out past 2 miles. At those ranges, a myriad of factors go into the success or failure of the shot.

According to Bettersworth, the bullet’s transition from supersonic to sub-sonic velocity, twist rate of the rifle, consistency in loads and wind conditions are all factors that ELR shooters must take into consideration.

“When we think of extreme long range as opposed to long range shooting, the implications of the transition from supersonic to sub-sonic velocity is a major difference. Not all bullets handle this transition well,” he explained.

Twist rate is also a major player in the ELR game. Twist rate is the rate of spin in the rifle barrel, represented in inches per turn. Shooters must carefully choose this ratio so as not to create too much stress on the bullet in supersonic flight. The twist rate needs to generate enough RPM to move the projectile through transonic and into subsonic velocity. Twist rate, though, is only as good as the bullets loaded into the chamber.

Long range shooters know consistency is key in loads and the same applies to ELR, even more so. While varying loads may have little impact on shooters at 100 yards, the difference in muzzle velocity becomes striking at extreme distances.

“Loads must be very consistent as a very small difference in muzzle velocity make a huge difference in point of impact at extreme distances,” Bettersworth said before explaining how wind affects distance shooting. “Trying to anticipate wind conditions at muzzle, at the high point in trajectory, and at target, with very long flight times is extremely difficult as well.”

“To get past the 1 mile mark you have to get very serious about the rifle, the optic, and the ammo.  Our ELR Tactical rifle is $7,000 and the scopes are either side of $3,000.  It is hard to give yourself a fair chance at success with less than this, partly because you need to get into more specialized cartridges like the 375 Cheytac and these require very specialized action, barrel, and stock dimensions,” he said.

Cory Trapp, an instructor at Gunsite Academy who teaches the school’s Extreme Long Range shooting course, told Guns.com that though interest has remained steady he’s unsure that ELR will gain mainstream success largely due to cost. Trapp said to venture into ELR requires gun owners to throw down some serious coin.

“The class is quite equipment intensive, the gear required costs many times what it costs to come to the class, so I doubt it will ever become ‘mainstream’,” Trapp told Guns.com in an email. “it’s really very expensive for most people.”

Though the cost is a factor, accessibility in terms of gear and guns is becoming less so as more companies wade into the ELR pool to offer shooters more options to tackle difficult shots at range. Ammunition, optics and rifles themselves are being re-tooled and engineered to allow shooters to continually push the envelope of what is possible.

Despite the challenges this style of shooting brings, it seems interest in the sport is growing. What started as a few shooters testing their platforms has now grown into classes tailored to teaching the skills required to take complicated shots as well as actual shoots where competitors can test their skills.

“Extreme range shooting as a sport is growing, multiple locations are holding shoots with targets at or past two miles distant. The King of 2 Mile shoot at Raton, New Mexico was full within an hour of announcing registration was open,” Trapp said.

So, why are gun owners flocking to ELR?

“It requires a great deal of dedication, focus, technical knowledge and physical skills to be successful at extreme range shooting,” Trapp said, summing it up. “Some subset of rifle shooters will always be drawn to pushing the limits of what can be done, and this is where that happens.”