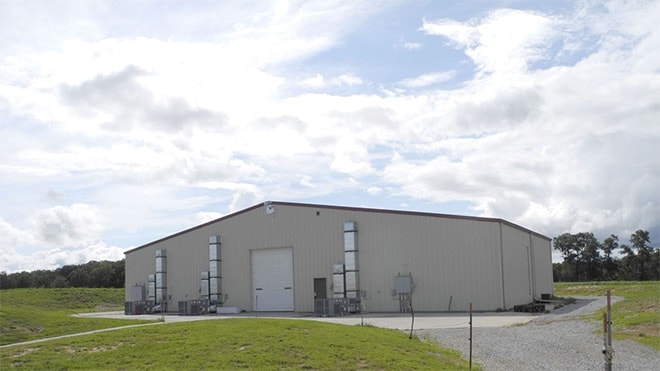 A new ammunition manufacturing company could be giving a small Kentucky county an economic boost when it opens its facilities there, the company announced last month.

“We are proud to announce the creation of our subsidiary ShellTech; this new high-volume manufacturing operation will significantly accelerate the rollout of Shell Shock’s NAS3 case technology,” said Craig Knight, president and CEO of Shell Shock Technologies and ShellTech. “We are especially happy to be opening this plant in Pulaski County and can’t thank the county, the Commonwealth of Kentucky or the various regional and local development agencies enough for helping to make this plant a reality.”

Sig Sauer in May 2016 announced it would be moving its operation from Eubank to Jacksonville, Arkansas, a deal struck with Gov. Asa Hutchinson during the firearms industry’s SHOT Show in Las Vegas a few months prior.

Shell Shock Technologies announced it would be adding 50 full-time jobs to the local economy and pouring $3.2 million into the venture, but could not be reached for comment about a timeline.

The Somerset-Pulaski County Development Foundation is also front and center in the partnership between the ammo manufacturer and local government. An official told the Commonwealth Journal the foundation had been working on the project in recent months, its executive director, Martin Shearer, saying ShellTech should begin operations in the coming months.

Pulaski County suffered an unemployment rate of 6.4 percent in January, according to data from the Bureau of Labor Statistics. The state unemployment rate was 5 percent and the national rate 4.3 percent during the same month.

The company is receiving an $800,000 tax incentive for the undertaking, according to the state’s economic development board. A Kentucky Cabinet for Economic Development 2015 year-end report on steel manufacturing said the state had 319 such facilities with 10 or more employees and 21,499 total full-time jobs, where Cabinet programs were concerned.

“Kentucky welcomes this investment by ShellTech, the newest member of our state’s booming engineering and manufacturing sector,” Gov. Matt Bevin said in a statement. “Their decision to locate in the commonwealth and bring excellent jobs to our communities, reflects positively on our state. I am grateful for their site selection and look forward to their success in the months and years ahead.”

The state’s lawmakers also see the new company as a boon to the economy.

“I want to welcome ShellTech and its parent company, Shell Shock Technologies, to Pulaski County,” state Sen. Rick Girdler said. “The creation of new jobs in our region is always celebrated news, and I wish ShellTech the best in this endeavor and thank the company for his new investment.”

The 14,000-square-foot plant is on 11 acres in Eubank, population under 400, according to the latest census, located about an hour and a half drive south of Lexington and some 55 miles north of the Tennessee border.

ShellTech will begin loading nickel alloy shell casings in 9mm, but will soon add 5.56 mm, .308, .45 ACP, 380 and .40 S&W cases, “along with an assortment of other popular pistol and rifle calibers,” the company said in a press release.

Additionally, the cases are more resistant to corrosion, offer twice the strength and elasticity as brass, can be reloaded more times and will not split, chip, crack or stretch.

“NAS3 cases have been tested successfully by customers to pressures over 70k psi,” the company said. “NAS3 cases can be picked up with a magnet. The head can be colored for branding purposes and easy load identification.”