Removed from the mighty WWII battleship when she was being overhauled for use in Vietnam, just one of the kamikaze-busting anti-aircraft artillery mounts remain.

When the USS New Jersey was built, the wounds of Pearl Harbor were still fresh in the minds of battleship sailors and the new series of capital ships were stacked deep with 40mm and 20mm cannons, designed to fill the sky around the ship with a hurricane of flak to break up Japanese air attacks. The battlewagon carried no less than 80 40mm/56 cal Bofors cannon, arranged in 20 quad mounts. The ship and her crew earned nine battle stars for her World War II service and four for her service in the Korean War before she was put into mothballs in 1957. 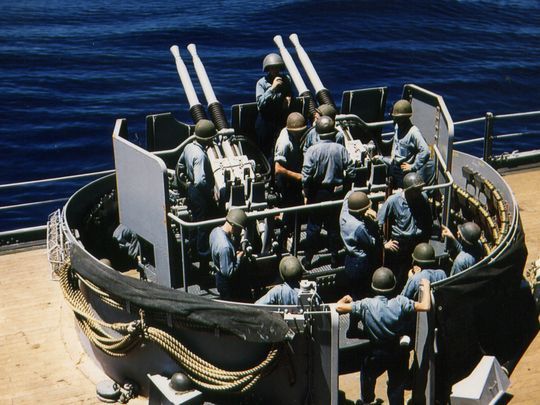 Sailors aboard USS New Jersey man the four barrels of a Quad 40mm Bofors inside a protective steel tub during WWII. She had 20 such tubs filled with 80 guns (Photo: Navy History Command)

The only battleship called in from “red lead row” for service in Vietnam, in 1968 she was stripped of her Bofors cannon– obsolete against jets– and all were destroyed except for one mount that was left as a display at Philadelphia Navy Yard, where she was built.

Now, as part of a crowdsourced fundraiser to restore the gun and send it to Camden, New Jersey where the battleship has been as a museum ship since 2001, it has been picked up from Philly and moved to the Mahan Collection museum where it will be restored before reunited with the retired naval warship.

“We are excited about getting it back to the battleship where it belongs after 50 years. It will be a great addition to a tour of the world’s greatest battleship!” said Jack Willard, with the Battleship New Jersey Museum and Memorial.

The group hopes to have the restored mount in Camden by August and is also raising money to recover three Mark 7 16-inch gun barrels long stored at St. Juliens Creek Naval Annex in Chesapeake, Virginia. The guns, which had been mounted on New Jersey during WWII and Korea, were replaced in the 1950s with the one she carries today.

As a side note, in 1968 the crew converted two of the battlewagon’s newly empty forward quad 40mm Bofors tubs to a pair of rather decent swimming pools to help with some underway MW&R while in Southeast Asia. 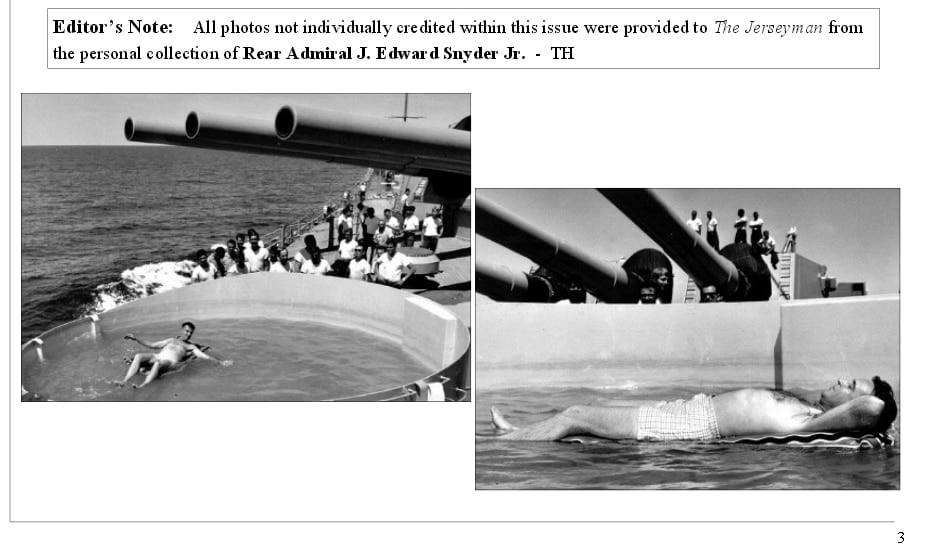 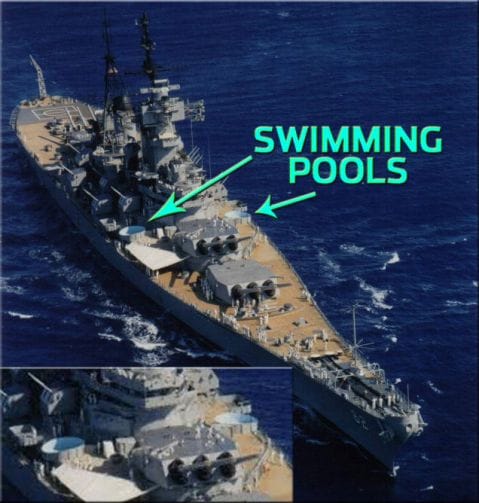