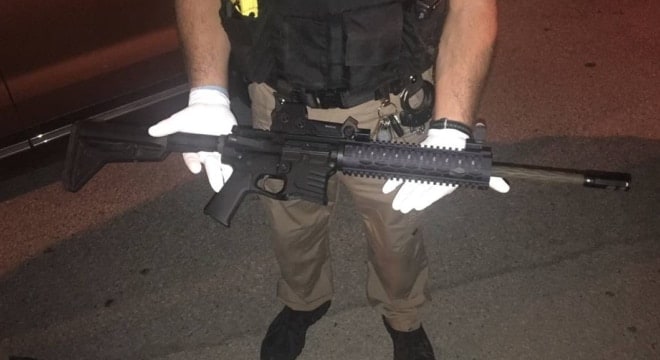 Louisville Metro Police over the weekend came across the filming of a music video and found one of the participants illegally had a rifle as a prop.

Discovered in an open area at Cecil and Greenwood on Saturday, detectives seized a YHM .223 rifle from an individual police describe as “unlawfully possessing the weapon.”

The Courier-Journal lists the man as Lazaro J. Martinez Jr, 20, of Louisville, who was cited and is free on $1,000 bond. As noted by the media outlet, Martinez had already been charged in May with illegally carrying a handgun, which he ditched during a foot pursuit after a traffic stop.

Moving beyond the incident, authorities encouraged the community to keep working at the arts.

“Music videos are awesome! And we here at LMPD definitely support creativity and people showcasing their skills. However, we do not support illegal possession of firearms and any other violations of the law!” said the agency on social media. “Stick to rapping and stay away from the crime folks.”