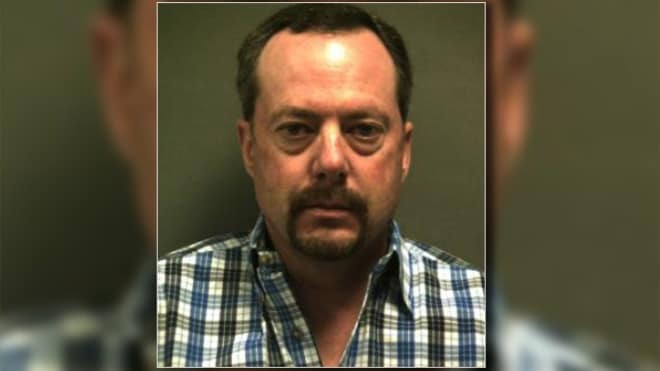 Billy Glenn Ivy, Jr. pleaded to a federal weapon charge this week while other charges are pending in a state court. (Photo: Amarillo Globe-News)

A North Texas man who is facing a host of state charges pleaded guilty Tuesday to a federal weapons charge connected to unregistered suppressors found in his home.

Billy Glenn Ivy, Jr., 49, entered into a plea agreement to possession of an unregistered firearm, namely a suppressor not tied to him in the National Firearms Registration and Transfer Record.

According to court documents, on March 31, members of the Amarillo Police Department, Oldham County Sheriff’s Office, and Texas Rangers searched Ivy’s residence with a warrant following his arrest in New Mexico on a murder-for-hire charge. During the search, officers discovered three firearms, a rifle, and two pistols, with what appeared to be attached suppressors in a safe at his home. As none of the devices had manufacturers markings or serial numbers, they were forwarded to the Bureau of Alcohol, Tobacco, Firearms, and Explosives for testing.

The devices had internal baffles and what appeared to be gun residue inside and, when tested by the ATF’s Technology Branch, produced a 20 dB reduction in gunshot sound. None were registered to Ivy under National Firearms Act guidelines, which led to a two-count indictment handed down by a federal grand jury in May. Although he initially plead not guilty to the illegal suppressors, with his lawyer citing there was no fingerprint evidence tying the devices to Ivy, he changed his plea last week to guilty on one charge, which was accepted on Tuesday.

Ivy earlier this year was charged with arson and solicitation of murder by a state court with a $1 million bond set and is currently a suspect in the possible murder of an area woman.

He is set for sentencing before U.S. District Judge Sidney A Fitzwater on Oct. 24 for the suppressor charge, with a maximum penalty of 10 years in prison and a fine of up to $250,000. The suppressors were forfeited.