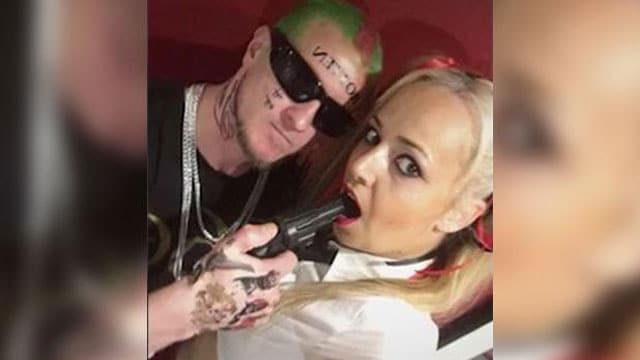 A couple dressed as the Joker and Harley Quinn were attending an adult-themed party at an Australian club over the weekend when they were shot by authorities following reports of a firearm that turned out to be a costume prop.

Some 40 officers responded to numerous reports early Saturday morning of a firearm inside the Inflation nightclub, which was hosting the annual Saints and Sinners Ball, dubbed “Australia’s raunchiest party” for “broadminded adults.”

The gun turned out to be fake, simply part of the cosplay, and now, accounts vary greatly from party-goers and authorities on how the shooting went down.

According to authorities, they opened fire after Ewins pulled the gun from his pants and aimed it at officers. According to some witnesses, however, as officers stormed the club, the couple was apparently on a couch in a darkened corner, in a “compromising position” as they engaged in adult activities. They say although Ewins was attempting to pull up his pants, he was never holding the prop gun.

No charges have been filed at this point and the incident remains under investigation, as authorities are asking to speak with any witnesses.