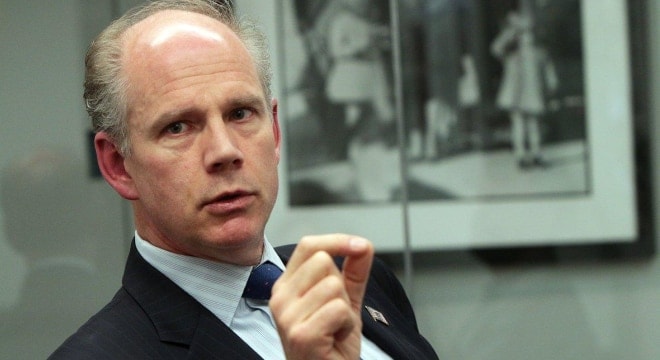 A bipartisan measure was filed in the House on Wednesday with the aim of closing what gun control groups often refer to as the “boyfriend loophole” and “stalker gap.”

The Zero Tolerance for Domestic Abusers Act would add abusive former dating partners and stalkers to the list of federal prohibited firearms possessors, barring them from legally buying or owning guns. Introduced by U.S. Reps. Debbie Dingell, D-Michigan, and Dan Donovan, R-New York, sponsors argue the move could save lives.

“When I was District Attorney, the crimes that kept me up at night were the ones that could have been prevented. There are clear warning signs – including a stalking conviction – before somebody commits serious acts of violence against a current or estranged partner,” Donovan said in a statement. “It’s common sense to keep tools of violence out of their hands.”

Entered as H.R. 3207, the bill expands the definition of misdemeanor crime of domestic violence under federal law to include those in conflict who are dating or living together. Current federal law only applies the term to those who are or were married. Those so identified as such under the new statute would be banned from owning or buying guns. Convicted stalkers would likewise have their gun rights stripped.

Supporters of the bill cite Bureau of Justice statistics that almost half of intimate partner homicides were committed by a dating partner.

Both closing the so-called “boyfriend loophole” and “stalker gap” have long been advocated by women’s groups and gun control advocates.

“Guns and domestic violence are a deadly, tragic mix. Every 16 hours a woman is fatally shot in our country by an ex-spouse or intimate partner. As a nation, we should be outraged,” said former U.S. Rep. Gabrielle Giffords, co-founder of Americans for Responsible Solutions.

Similar measures have passed in several states in recent years including Delaware, where Gov. Jack Markell, D, signed a bill into law in 2015 after it navigated the state legislature largely along party lines.

The Zero Tolerance for Domestic Abusers Act has been referred to the House Committee on the Judiciary.