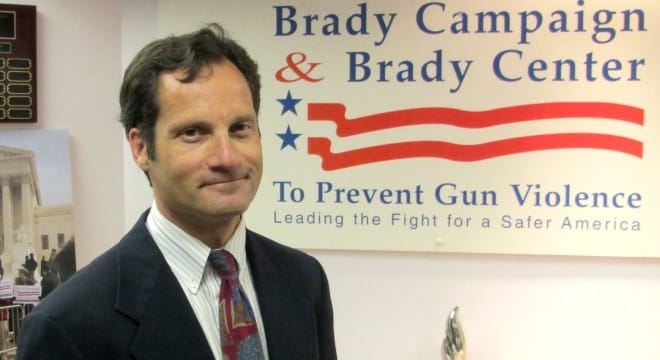 An Oregon court ruled that a case filed by the survivors of a woman against the gun dealers who sold her murder weapon to a straw purchaser can move forward.

Named in the suit is an Oregon pawn shop, World Pawn Exchange, and J&G Sales, an online firearms retailer, in relation to the 2013 murder of 57-year-old Kirsten Englund at a highway rest stop. As announced this week by the Brady Center, the group backing the suit on behalf of the Englund family, Multnomah County Circuit Judge Michael Greenlick has denied a motion filed by the defendants seeking protection under a federal law that provides protection from frivolous lawsuits.

“No one should be above the fundamental law that requires all of us to act with reasonable care, especially not businesses who sell lethal firearms to the public,” said Jonathan Lowy, director of the Brady Center’s Legal Action Project. “We’re glad that Kirsten’s family will have its day in court, and we look forward to proving their case before a jury.”

The gun dealers sought to dismiss the suit under the Protection of Lawful Commerce in Arms Act. While Congress passed the relatively expansive protections for the gun industry against spurious litigation in 2005, the sometimes-controversial measure only insulates against liability for injuries caused by a third party with their products — not in cases of actual negligence.

Englund’s killer, Jeffrey Boyce, 30, of North Bend, Ore., was an emotionally disturbed prohibited firearms possessor with a felony record who went on to commit suicide in jail.

The Brady group, seeking $9 million in damages, argue that Boyce’s name appears on the invoice for the two pistols from the retailer, and he emailed J&G about the guns saying they were for him, but his mother’s credit card was used to pay for them and she transferred the firearms into her name at the pawn shop they were shipped.

The straw purchaser, Diane Boyce, agreed last fall to pay $400,000 in damages to Englund’s family and testify against the dealers.

In his decision, Greenlick said the circumstances around the firearm purchases, specifically the user account, invoice and messages identifying Jeffrey Boyce as the purchaser, largely satisfied the claim that the gun dealers may have acted negligently.

“[A] reasonable person could find that both World Pawn and J&G knowingly violated and/or aided and abetted Diane Boyce and Jeffrey Boyce in violating a statute applicable to the sale or marketing of firearms,” said Greenlick.

The defendants argued that Jeffrey Boyce’s actions were not foreseeable and that the firearms were supplied to Diane Boyce, who said she was the actual purchaser on a federal Form 4473.