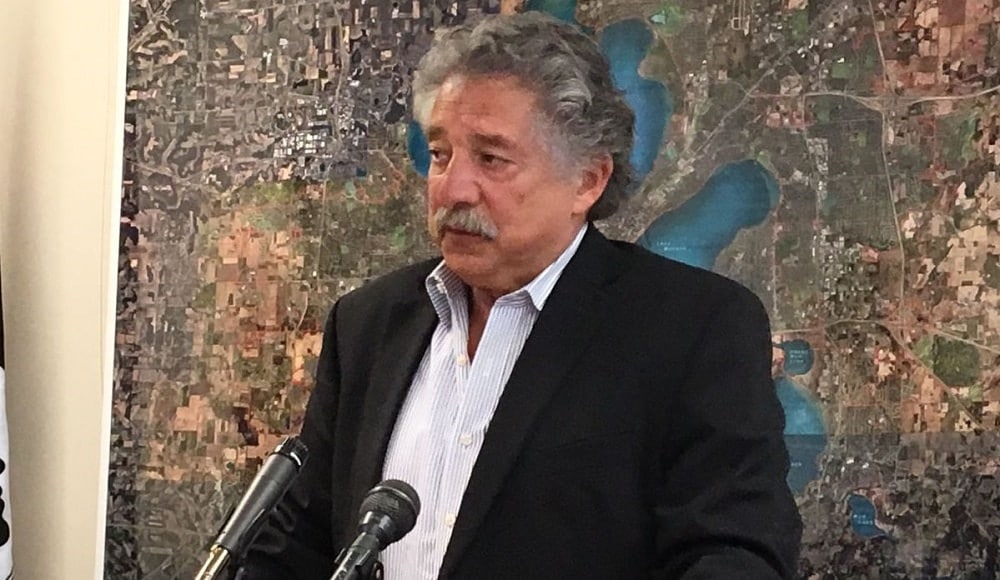 Madison Mayor Paul Soglin announced Tuesday that his office will be launching a gun bounty program intended to collect tips on guns used in violent crimes.

The Wisconsin State Journal reported Madison is still developing the bounty program, looking to other cities as models, but is starting by offering up to $1,000 for tips on people with guns used in shootings or prohibited possessors with guns.

“The city of Madison cannot control who carries a firearm, who buys a firearm, who sells a firearm,” Soglin said at a Tuesday press conference. “But we can try and retrieve these firearms and have them ultimately lead us to the perpetrators.”

The mayor, a Democrat, also added that he was not happy the Wisconsin State Legislature, led by Republicans, has recently loosened gun laws in the state.

Soglin said the program should be fully developed in the coming weeks but that due to recent shootings in the city, he didn’t want to wait any longer to offer rewards for actionable tips.

Urging people in Madison communities to take action, Soglin called on citizens to help improve the neighborhoods they live in.

“It cannot be effective if it is solely the work of elected officials, or of leaders of nonprofits,” Soglin said. “It has to come from people who live in the neighborhoods.”