Open carry advocates convicted of improper storage of a firearm 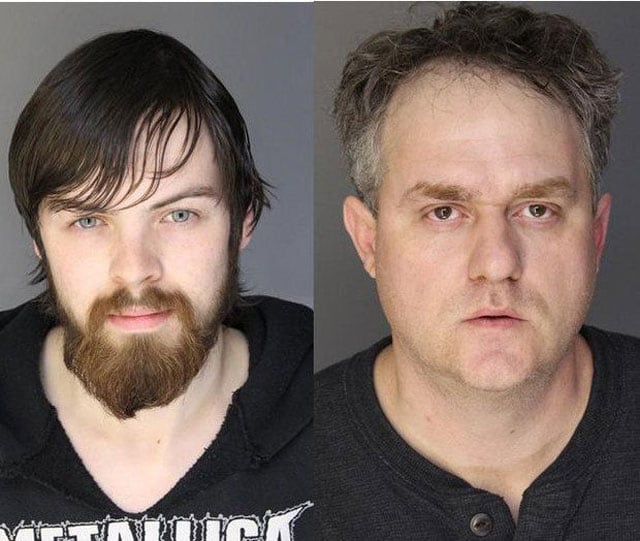 Two men – including one equipped with multiple weapons, body armor and a face mask – who entered Michigan’s Dearborn Police Department to record a confrontation with police were convicted on weapons charges.

Last week’s conviction comes not from the actual incident inside the police station, but rather a video obtained during the trial that shows them improperly storing a firearm before entering the building, local media reported.

A jury convicted Brandon Vreeland, 41, and James C. Baker, 24, of illegally carrying a concealed weapon. Vreeland was found guilty of disturbing the peace and resisting arrest, both misdemeanors, while Baker was found not guilty on charges of brandishing a firearm and disturbing the peace.

Although it’s legal to carry a gun inside a police station in Michigan, the video used during the trial shows Baker place a rifle in the trunk of Vreeland’s vehicle, which, due to the way it was handled, was illegal. The weapon was unloaded and locked in the trunk but not in a case, as state law requires if the individual does not hold a valid concealed pistol license.

Baker had held such a license, but it was revoked after he was charged with disturbing the peace during an open carry march in 2015. Yet, since the charges were dismissed, his attorney, James J. Makowski, argued Baker’s license should have automatically been reinstated, which would have nullified the weapons charge from February.

Because his client was “tripped up on the silliest of technicalities,” Makowski said they plan to appeal the decision and expressed confidence that the conviction would be dropped.

Vreeland and Baker decided to demonstrate inside the police station after officers pulled them over for suspicious activity. The two had been reported as wearing body armor and masks in public. Although they weren’t cited, the police stop led to flared tempers, which they also recorded.

In the recording, Vreeland promised to file a complaint and told the officer to “go fuck yourself” before calling him a “dickweed” and driving away. About an hour later, they recorded themselves entering the police station to “file a complaint.” At the time, Baker had a rifle slung over his shoulder and a gun on his side. Vreeland carried a video camera and tripod, claiming he was “a journalist gathering content for a story.”

As the pair entered the police station, chaos immediately ensued. With service weapons dawn, officers ordered Baker to place his guns on the ground while Baker argued over the legalities of him carrying his weapon.

After a short time – and numerous threats from the officers – Baker and Vreeland decided to comply. Police apprehended them without further incident.

Both Vreeland and Baker consider themselves Second Amendment supporters, but gun rights groups did not reciprocate support for them.

“There is a clear difference between the everyday protection we advocate for and the attention seeking actions of these individuals,” Michigan Open Carry said in a statement following the confrontation. “Wearing a mask, dark glasses, visible body armor, and a rifle slung across your chest instills a very specific image that cannot be ignored.”

Dearborn Police Chief Ron Haddad’s views aligned with the group’s following the arrest. On Monday, he told reporters: “I’m happy to report today that a jury in Wayne County circuit court convicted both of them of felony charges.”