Man who threatened to kill Obama, burn down a mosque pleads guilty to unlawful ammo charge 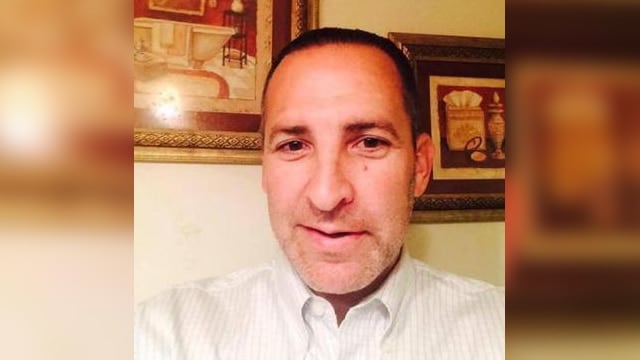 Joseph Gargiulo allegedly told his ex wife that he’d “plant bombs in police stations … and kill as many homeland security officers as he can before they kill him.” (Photo: Facebook)

A Massachusetts man who allegedly threatened to kill the president and burn down a mosque pleaded guilty Wednesday to unlawful possession of ammunition.

Joseph Gargiulo, 41, wasn’t allowed to have guns or ammo because of a restraining order issued against him, according to a Department of Justice news release. He pleaded guilty to one count of possession of ammunition in federal court in Boston.

Federal agents were tipped off last summer by his ex wife, the person who filed the restraining order. She told authorities he was stockpiling food and weapons and said he “will plant bombs in police stations …  and kill as many homeland security officers as he can before they kill him.”

During their investigation, agents found that Gargiulo said he wanted to kill President Obama. He also said he wanted to “chain a mosque closed and burn it down.” He didn’t mention a specific mosque or a date for the attack. But an acquaintance of Gargiulo told federal agents he was “about to snap.”

“A search of Gargiulo’s residence resulted in the seizure of parts needed to assemble an AR-15 rifle, over 250 rounds of ammunition for the AR-15 rifle, over 100 rounds of nine millimeter ammunition, chemicals that could be combined to create incendiary or explosive compounds, and hand written notes threatening violence against members of the Islamic faith,” said the press release.

He also had tasers, mace guns, and hunting knives.

In a 2009 restraining order, Gargiulo’s former wife, Kara Florian, claimed he threatened to kill her and falsely accused her of abusing their kids. She also said he punched their 8-year-old son in the stomach, and had a history of substance abuse. She filed another restraining order against him in June 2016.

Gargiulo faces up to 10 years in prison, three years of supervised release, and a $250,000 fine. He’s scheduled to be sentenced in October.