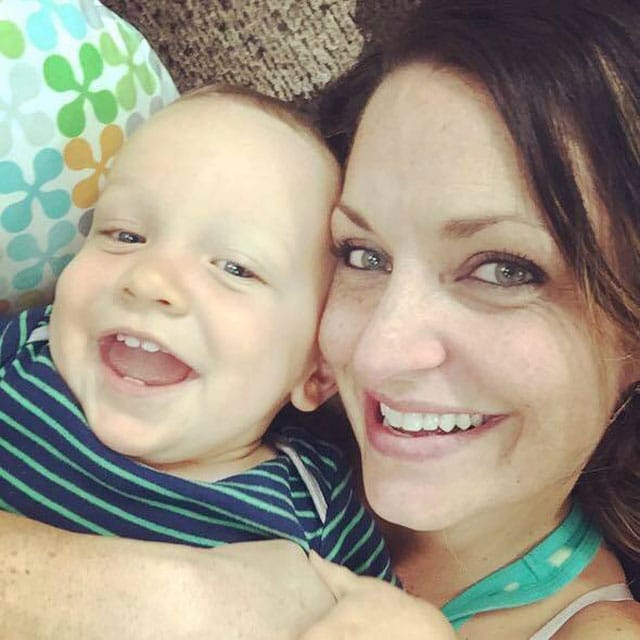 Karen Jackson with her baby, John Jr., both victims of a murder-suicide at a Las Vegas home this week. (Photo: Las Vegas Review-Journal)

Officers responding to a call about a welfare check Monday night in a southwest Las Vegas neighborhood discovered the bodies of two adults and a baby in what appeared to be a murder-suicide.

The Las Vegas Metropolitan Police Department confirmed in a press release that the victim included a woman and an 11-month-old baby.

“Evidence at the scene indicates the male shot and killed the female and infant before shooting himself,” the release states.

The Las Vegas Review-Journal identified the deceased individuals as John Henry Lunetta, 40; Karen Michelle Jackson, 35; and the couple’s baby, John Jr., who would have turned 1 year old Wednesday. Authorities also said the family’s dog had been shot to death. Jackson’s 11-year-old daughter was not home at the time of the murder-suicide and is currently in the care of relatives.

Friends, family and neighbors alike are shocked by the murder-suicide. Neighbor Denise Bernardo called the act “deranged,” adding that Lunetta, who was a medical director for the America Red Cross, “must have snapped.”

Neighbors said they never witnessed the couple fight or even argue and there appeared to be no signs of domestic abuse or other violence. Randy Sutton, a retired Las Vegas Police lieutenant who now acts as a crime and safety expert for local media, questioned what would drive Lunetta to “such a violent, abhorrent act.”

“The suspect is dead. The victims are dead. This investigation is not going to be for a prosecution. It’s going to be to understand how and why,” Sutton said.

However, Jon Sanner, who is a family friend, said Jackson recently met with him and expressed how she had grown unhappy with Lunetta’s excessive drinking. Sanner said Jackson was planning to leave Lunetta. In fact, some neighbors said they noticed a moving truck outside of the couple’s home over the weekend, but were nonetheless unaware of Jackson’s plans to leave.

Sanner added that although Jackson said he would hit the bottle hard every day and inevitably start an argument with her, there were no indications of physical abuse and Jackson never expressed or showed any fear of Lunetta.

The incident remains under investigation, as a memorial for baby John Jr. continues to grow outside of the home where he was killed.