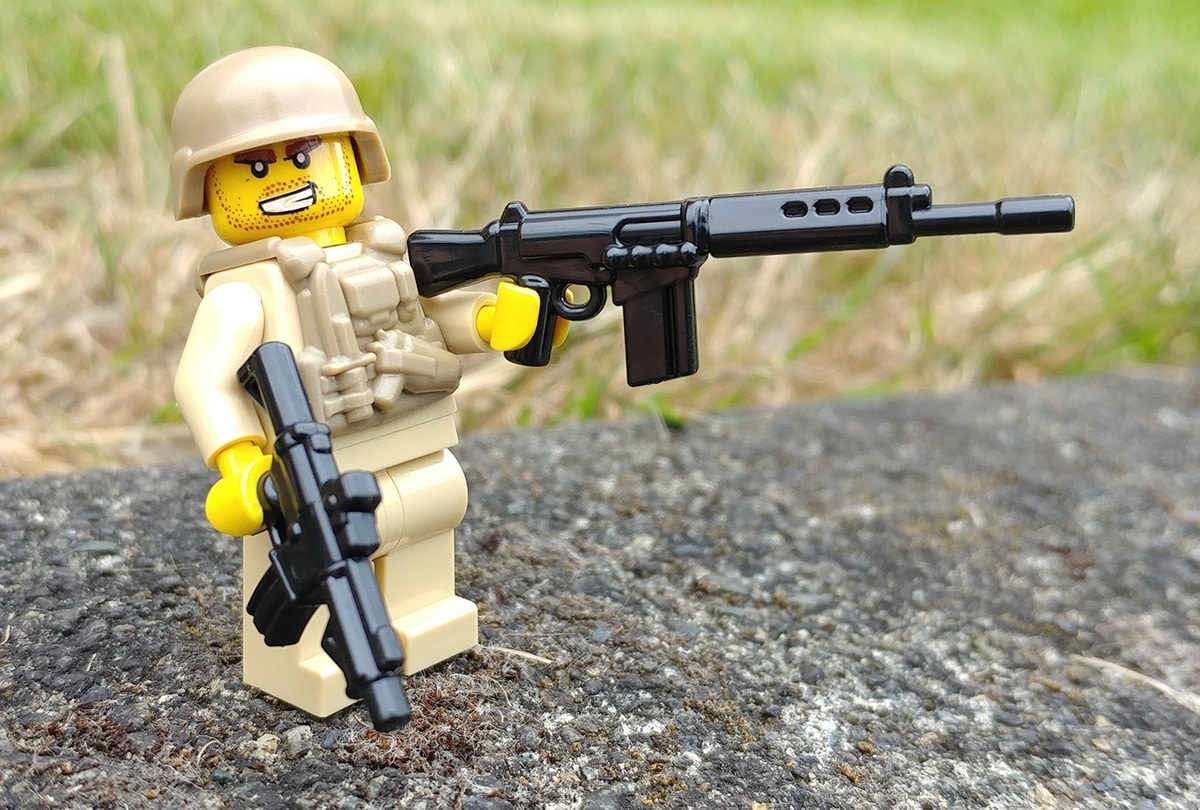 Will Chapman didn’t set out to become known as the Lego weapons guy. The dad of three was merely interested in fostering his youngest son’s budding interest in historical events.

In 2006, Chapmans’s 9-year-old son was becoming increasingly interested in WWII history; so much so that he wanted to recreate famous battles using Legos. Unfortunately, the hunt for war inspired Lego minifigures and weaponry turned up empty.

As Chapman learned, Lego has a staunch no gun policy courtesy of its inventor, Ole Kirk Kristiansen. According to Gizmodo which conducted an interview with the company in 2008, Lego does not produce “realistic or military play scenarios.”

Not to be deterred, Chapman decided to DIY a solution. With a background in computer aided design, or CAD, he set out to create realistic depictions of WWII weaponry. Using the computer software, Chapman fleshed out the designs for some of America’s most iconic firearms.

“We got right to work designing an M4, MP40, M1A1, and M1911, and sent the designs to a professional tool designer to make a US-made high-quality injection mold,” Chapman told Guns.com in an email. “BrickArms was born.”

Now boasting 11 years in the brick business and with over 45 production tools injecting 250 different parts, all made in the US, BrickArms has grown from a dad’s desire to help his son into a full-fledged company providing historic and modern weaponry and minifigs to Lego enthusiasts. 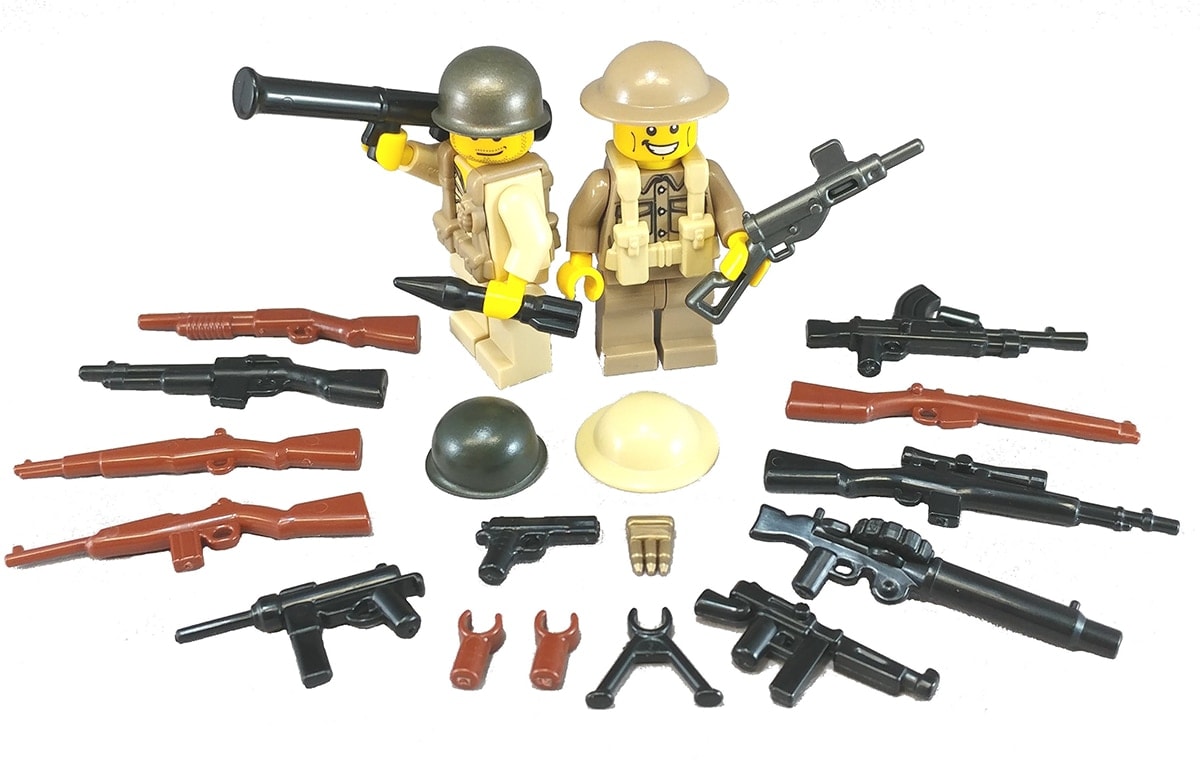 What started with just a handful of weaponry has grown to accessories, minifigs and countless weapons. (Photo: BrickArms)

Chapman said that out of the entire BrickArms weapons catalog — which spans Medieval, WWI, WWII and modern gear — the M1911 pistol and AK are the most popular firearms with the Minigun and M2HB heavy machine gun following close behind.

“The BrickArms guns came first, and then the custom minifigs,” Chapman explained. “I’ve always used genuine Lego minifigs, but added my own decals and custom printing to transform them into soldiers; however, soon after the introduction of my custom vests, I realized my fans would rather turn their own minifigs into soldiers by adding an inexpensive BrickArms vest, rather than buying a custom-printed minifig.”

Chapman says though BrickArms, like Legos, are geared towards those under the age of 18, the designs enjoy success among adult Lego fans as well.

Though the company already shells out hundreds of different weapons, accessories, weapon packs and custom minifigs, the innovation isn’t stopping.

“We are constantly designing new items, minifigs and packs,” Chapman says on the BrickArms website. “So stay tuned!” 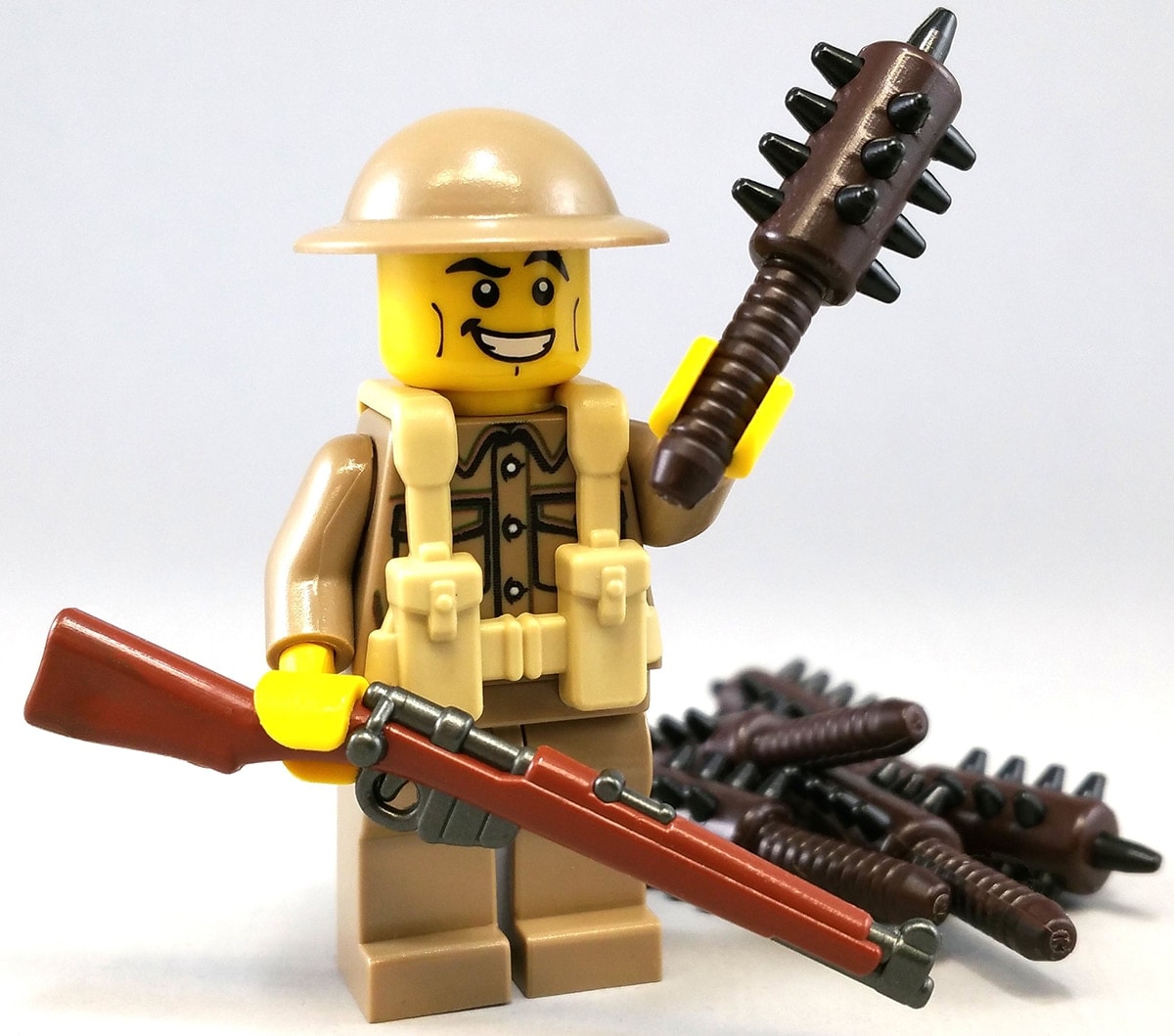 Melding modern with historic, this minifig boasts a rifle in one hand and a mace in the other. (Photo: BrickArms)