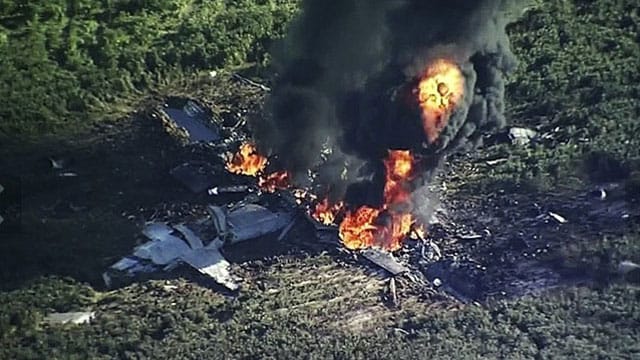 Witnesses described the crash as sounding like a thunderstorm with several explosions. (Photo: Associated Press)

Officials on Friday released the names of the 16 service members killed in a plane crash in rural Mississippi last week.

Authorities are still working to determine what caused the fiery crash, but previously confirmed all of those aboard the KC-130 perished. The Department of Defense also released a tribute video over the weekend to honor the fallen Marines and Navy corpsman. 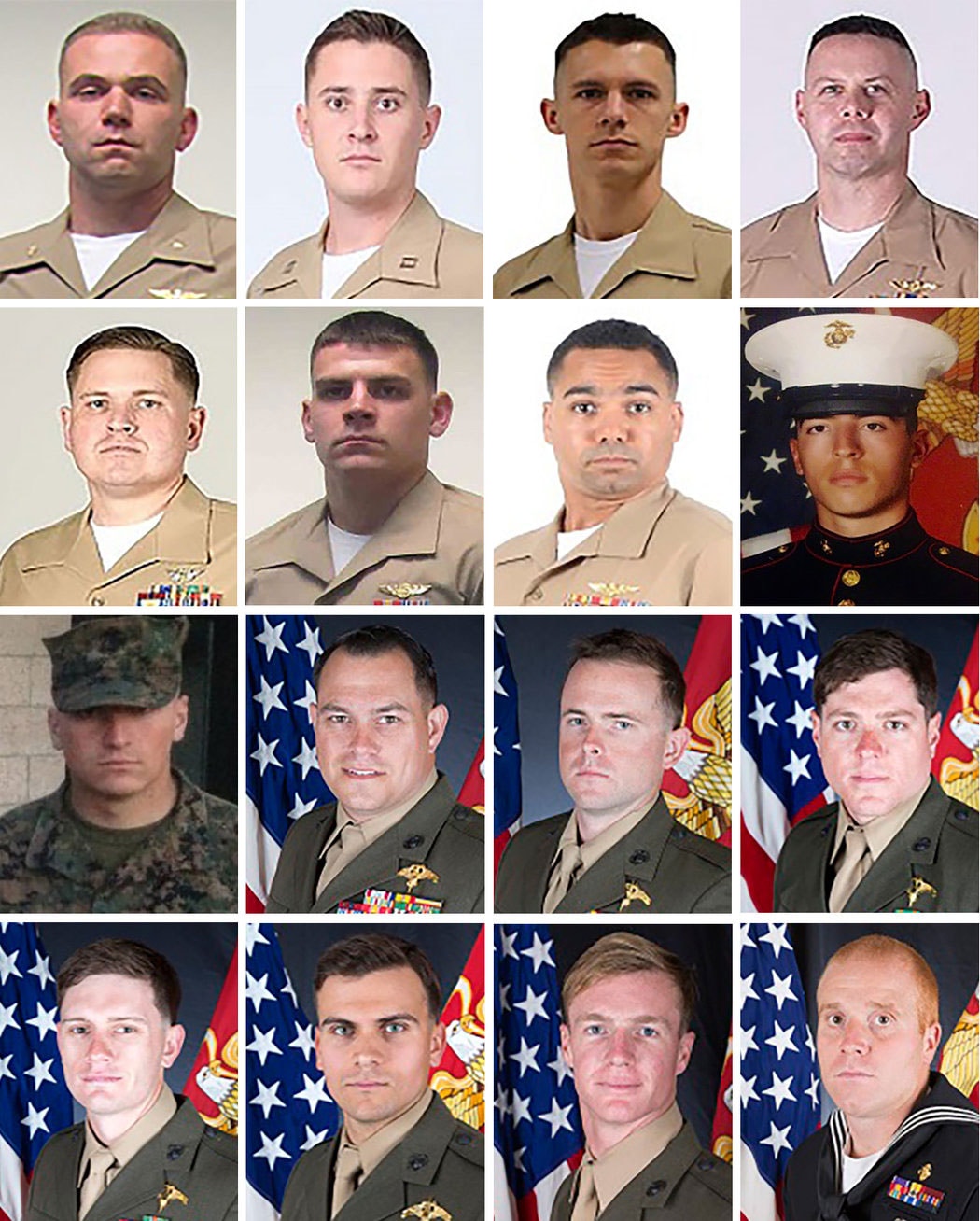 According to a statement from Brig. Gen. Bradley S. James, commanding general, 4th Marine Aircraft Wing, air traffic control lost contact with the aircraft, which disappeared from the radar, around 4 p.m. Moments later, witnesses reported hearing what was described as sounds like a thunderstorm and multiple explosions, followed by plumes of black smoke. James said the initial investigation indicates “something went wrong at cruise altitude.” There is a large debris field and two large impact areas, each about one mile from the other, according to James.

At the time of the crash, the KC-130 was transporting personnel, as well as equipment, which included “various small arms ammunition and personal weapons,” according to a Marine Corps press release. The aircraft was flying to the Naval Air Field in El Centro, California, from the Marine Corps Air Station in Cherry Point, North Carolina.

“We remain committed to the surviving families and will continue the thorough investigation into the cause of this tragedy,” Gen. Robert Neller, commandant of the Marine Corps, said Friday.

Last week’s fatal crash was the Marine Corps’ worst aircraft disaster since 2005 when 30 Marines and a sailor were killed in a helicopter crash during a sandstorm in Iraq.