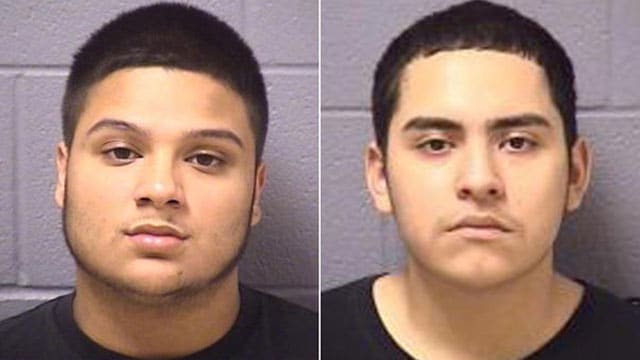 Eric Raya, left, and Manuel Escamilla, right, have been charged with murder, along with a third suspect. (Photo: Will County State’s Attorney)

Three teens from Joliet, Illinois, were charged with murder last week for a deadly house fire that was started by shooting a flare gun.

Killed in the June 3 blaze, which began just before 2 a.m. and took firefighters about 40 minutes to extinguish, were Regina Rogers, 28; her 11-month-old baby daughter, Royaltyblu Rogers; and Jacquetta Rogers, 29. Authorities say the teens intended to kill a man who lived at the home when they fired the flare gun, but instead set the house on fire. The intended target escaped uninjured.

The teens, who were already in jail on unrelated charges, are each being held with a $10 million bond.