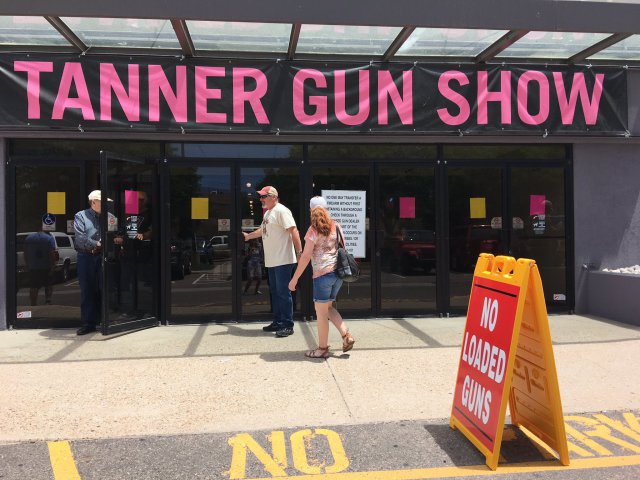 Authorities say a vendor setting up at the Tanner Gun Show in Denver, Colorado, accidentally shot an employee Saturday.

CBS Denver reported the dealer violated show policy when the loaded gun discharged and hit an an employee in the leg and that investigators with the Adams County Sheriff’s Office are still looking into the incident.

One witness reported the gun was the vendor’s own personal firearm that the vendor had carried concealed into the show. This act would have violated show policy which stipulates all firearms brought into the show must be unloaded and zip-tied, even if the owner has a concealed carry permit.

Rick Dorn, owner of Rockin Rick Guns and one of the show’s vendors, confirmed the show’s policy of no loaded guns, clearly marked by a sign outside the event, and said the Tanner Gun Show has been the safest show he’s attended. He also noted he checks every gun up for sale before bringing it into the show.

“Everything is already zip-tied, the action is open, (there are) no magazines, and no ammunition. (It’s) pretty simple,” Dorn told CBS Denver.

Lonnie Robertson, another dealer at the show, said the vendor should be held responsible for any loaded firearms brought into the show, and gun show management indicated the vendor whose gun discharged will no longer be allowed into the event.