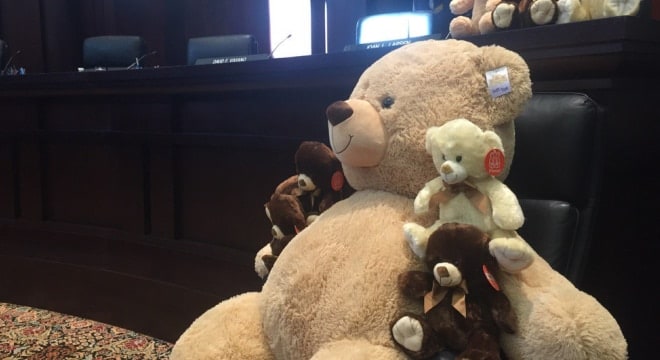 According to the Michigan Department of Health and Human Services, 13,000 children are in foster care throughout the state. (Photo: MDHHS)

Two Michigan couples who wanted to adopt were told they would “have to give up some of your constitutional rights” have taken the matter to federal court.

The couples — William and Jill Johnson and Brian and Naomi Mason — filed a complaint against the Michigan Department of Health and Human Services, alleging violations of the Second Amendment rights of people who want to be adoptive or foster parents in the state.

According to court documents, the Johnsons were asked by officials to be foster parents to their grandchild, but when William — a disabled veteran, and concealed pistol license holder — arrived to pick up the youth from MDHHS custody, caseworkers searched him and said he had to provide the serial numbers to all his firearms.

When he questioned caseworkers about the legality of the policy, Johnson was told “if you want to care for your grandson you will have to give up some of your constitutional rights,” and that if he persisted, they would just “take his grandson and place him in a foster home.”

Two weeks later, though a Gogebic County Court placed the boy with the Johnsons, the judge reportedly cautioned the couple to comply with MDHHS on their gun policy, saying, “We know we are violating numerous constitutional rights here, but if you do not comply, we will remove the boy from your home.”

The Masons, with Brian a Baptist pastor and his wife Naomi a published author, joined the suit as they plan to be foster parents in the future but feel they are prohibited by the MDHHS policy from lawfully possessing and bearing firearms.

The agency’s hazardous materials policy and licensing guidelines state that firearms must be stored in a locked metal or solid wood gun safe or trigger locked and stored without ammunition in a locked area. Further, all ammo must be locked up, all handguns registered, and all documentation made available for review by MDHHS.

Both couples are supported in the case by the Second Amendment Foundation, who has similar litigation pending in Illinois and Oklahoma, and argue Michigan’s strict policy on guns violates constitutional rights.

“The statements from the caseworker and judge are simply outrageous,” said SAF founder and Executive Vice President Alan M. Gottlieb in a statement. “This amounts to coercion, with a child as their bartering chip. I cannot recall ever hearing anything so offensive and egregious, and we’ve handled cases like this in the past. Blatantly telling someone they must give up their civil rights in order to care for their own grandchild is simply beyond the pale.”

The suit, filed in U.S. District Court for the Western District of Michigan on Monday, seeks an injunction on MDHHS enforcing the policy of prohibiting firearms ownership and possession to foster and adoptive parents as well as attorney’s fees and costs.

According to MDHHS, approximately 13,000 Michigan children are in foster care.