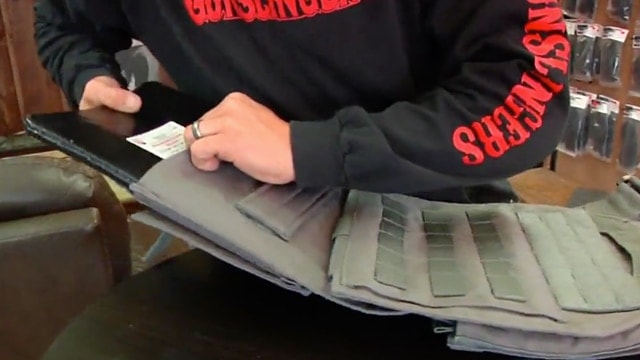 A gun shop owner outside Baton Rouge is gearing up to donate hundreds of bullet proof vests to law enforcement officers this year.

Cavin said he started the effort in the wake of last year’s ambush on several police officers in The Capital City. Three officers died in that incident, and three others were injured.

“Up until that point, I believed our law enforcement never needed rifle-rated vests,” Cavid said. “The threat wasn’t that serious.”

But the deadly ambush changed Cavin’s mind, and he formed the Armor for Officers foundation, with the goal of providing rifle-rated vests for officers. People donate guns and other items, and Cavin auctions them off.

“They’ll come in and say I don’t have the money, but look, I have this shotgun, and we’ll take that shotgun on the page, and auction it off,” he said.

“Although we have already supplied a few departments with this armor, there are still several more local departments that need it,” says a Facebook event page for an auction happening next month.

“A hundred percent of the proceeds, all of it goes to Armor for Officers,” said Cavin.