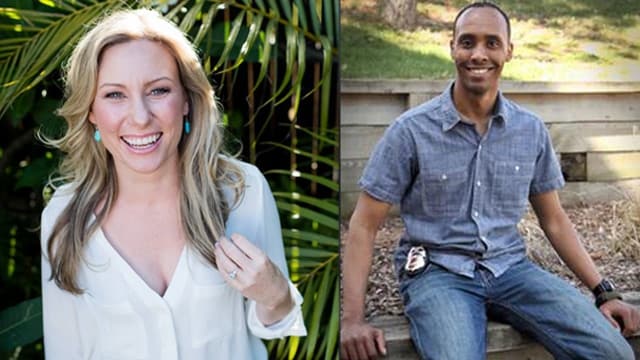 Shock and sadness is turning into outrage in Minnesota and Australia as officials offer few answers in the police shooting that left an Australian woman dead Saturday in Minneapolis.

Justine Damond, 40, of Sydney, Australia, called police Saturday night about a possible assault in the alley behind her home, according to the Minnesota Bureau of Criminal Apprehension, the agency investigating the shooting. Twenty minutes later, she’d been shot in the abdomen by Officer Mohamed Noor, a 31-year-old Somali-American immigrant.

According to the BCA, Officer Matthew Harrity was driving the squad car Saturday as the two officers entered Damond’s alley. Harritty told investigators that the officers were “startled by a loud sound near the squad.” That’s when Damond, who was in her pajamas, approached their vehicle on the driver’s side. Harrity said Noor, who was in the passenger seat, opened fire on Damond around 11:30 p.m., shooting at her through the open driver’s side window.

“The officers immediately exited the squad and provided medical attention until medical personnel arrived,” said BCA in a press release. “(Damond) was pronounced dead at the scene.”

A cell phone was found near Damond, but no weapons were found at the scene. Both officers had body cameras, but they were not on during the incident. The squad camera was also off. While Harrity is cooperating with investigators, Noor is not.

The BCA said Noor has declined to be interviewed and his attorney has not provided clarification on when or if an interview would be possible.

In an autopsy report released Monday night, the Hennepin County Medical Examiner indicated that Damond died of a single gunshot wound to the abdomen. The report said the manner of death was a homicide.

“I have a lot of questions, as you do,” wrote Minneapolis Mayor Betsy Hodges in a letter Monday. “Many of you have asked why the officers’ body cameras weren’t activated, and I’m asking the same question. Right now, we don’t know.”

A yoga teacher and “spiritual healer,” the 40-year-old Aussie used her future husband’s name on her website. Justine Damond’s maiden name was Justine Ruszczyk. She was set to marry Don Damond next month.

“Basically, my mom’s dead because a police officer shot her for reasons I don’t know,” said Don’s 22-year-old son Zach. “I demand answers. If anybody can help, just call police and demand answers. I’m so done with all this violence. America sucks.”

In Australia, where a 1996 mass killing spurred sweeping gun control laws, the family of Justine Ruszczyk is struggling to understand the loss of their loved one. “We are trying to come to terms with this tragedy and to understand why this has happened,” her family said in a statement.

“Justine, our daughter, was so special to us and to so many others,” Justine’s father, John, said Monday. “We went down to Freshy [Freshwater] Beach this morning and saw the blackness change to light. Justine was a beacon to all of us. We only ask that the light of justice shine down on the circumstances of her death.”

One Australian headline called the incident an “American nightmare.”

“We see America as a very risky place in terms of gun violence — and so does the rest of the world,” said Philip Alpers, a gun policy analyst with the University of Sydney.

Both officers have been placed on routine leave during the investigation. On Monday, Noor issued a statement through his attorney.

“Officer Noor extends his condolences to the family and anyone else who has been touched by this event,” said the statement. “He came to the United States at a young age and is thankful to have had so many opportunities. He takes these events very seriously because, for him, being a police officer is a calling. He joined the police force to serve the community and to protect the people he serves.”