As part of the “Made in America” showcase this week, companies from each of the 50 states — including a handful from the gun industry —were on display representing their state at the White House. Among big tractors, American flags and fried chicken — all of which President Trump loves — were rifle scopes, body armor and leather holsters. 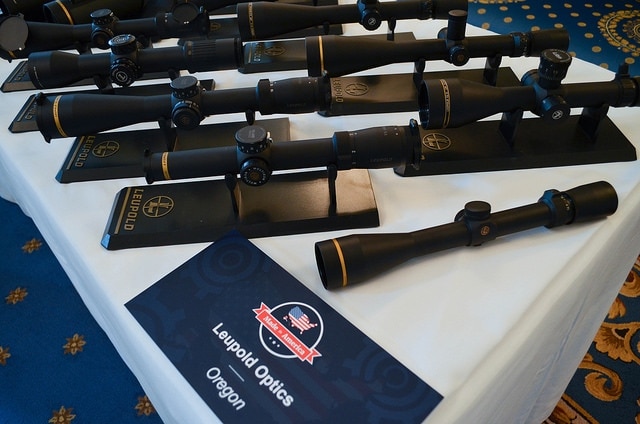 Optics maker Leupold & Stevens represented Oregon in the showcase, putting on display an extensive line of rifle scopes built at its Beaverton plant. Leupold’s president and CEO, Bruce Pettet, said his company was “proud” to represent the Beaver State. “It’s an honor to represent the state we’re proud to call home on the national stage, and it’s a testament to the dedication of our more than 700 American employees,” he said, adding his company has called Oregon home since 1907. 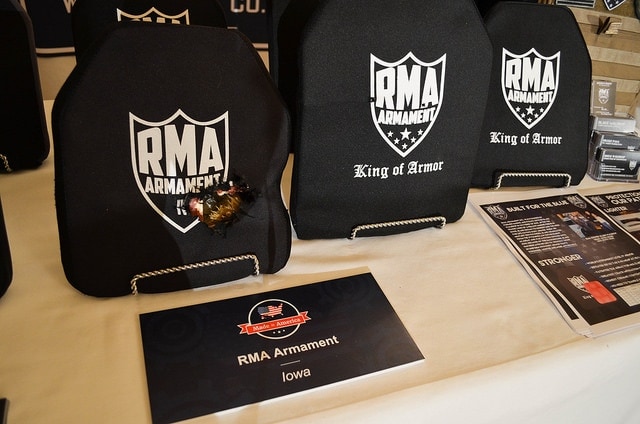 Iowa-based RMA Armament displayed body armor designed and manufactured at its Centerville plant. The president welcomed the company’s CEO Blake Waldrop, a former Marine and police officer, along with his products to the White House. Iowa’s governor, Kim Reynolds, congratulated Waldrop for the acknowledgement. “I’m so excited to see the president recognizing one of our home grown entrepreneurs, Blake Waldrop,” she said in a statement. Waldrop founded RMA in 2013. 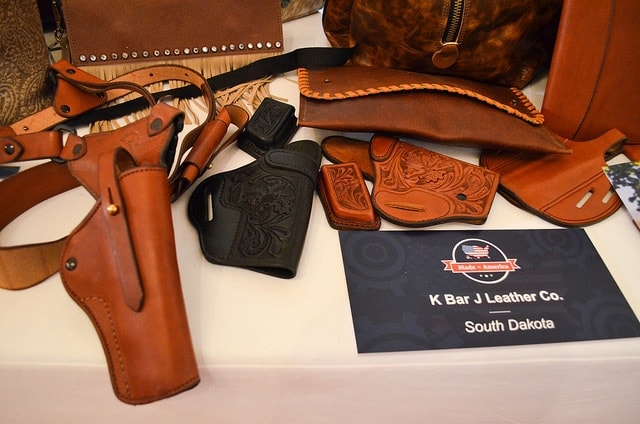