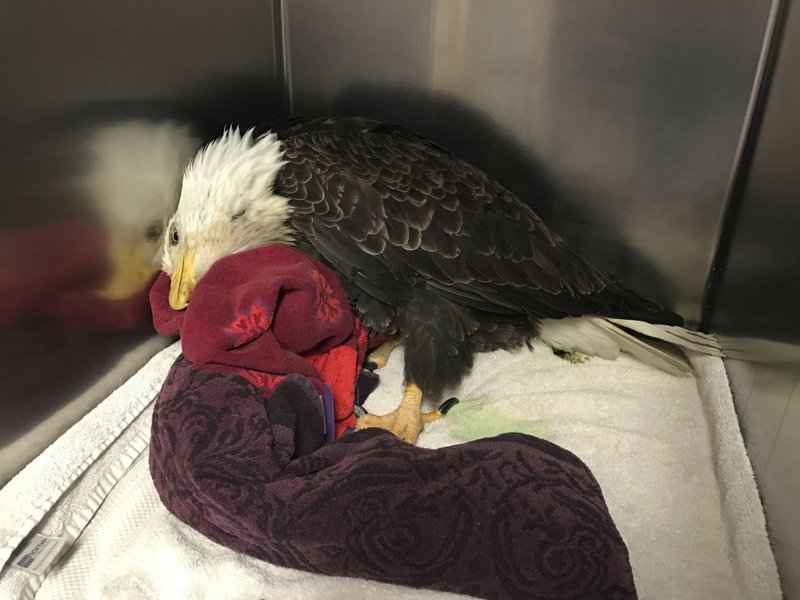 State wildlife researchers in New York, who have studied bald eagle restoration for 40 years, are reporting an increased number of eagle deaths due to lead poisoning in recent years. Rehabilitators in Minnesota, Oregon, Virginia and other states are also seeing rising numbers of eagles testing positive for lead.

Wildlife experts blame lead bullets left inside animal carcasses as the reason behind the uptick in eagle deaths. According to researchers, eagles and other scavengers eat the carcasses of prey shot by hunters which often contains bits of lead bullets. These pieces are consumed along with the meat and break down quickly in the eagle’s stomach, leading to an increased lead level in the animal’s bloodstream. Elevated levels cause blindness, paralysis, loss of appetite, neurological issues and death.

“Many hunters don’t realize that as much as 50 percent of a bullet may remain in the deer as fragments,” Ed Clark, president of the Wildlife Center of Virginia, told the Associated Press. “A sliver the size of a grain of rice is enough to kill a bald eagle in 72 hours.”

Clark said his center treats 35 to 40 eagles per year with nearly 60 percent exhibiting lead in their bloodstream.

New York officials confirmed 38 deaths out of 336 total bald eagles brought to a Department of Environmental Conservation lab near Albany between 2000 and 2015 were due to lead poisoning.

“We’ve examined over 300 bald eagle carcasses for lead since the mid-1990s, and found 83 percent had some exposure to lead,” said Krysten Schuler, a Cornell University wildlife disease ecologist who works alongside New York’s Department of Environmental Conservation.

Though lead poisoning isn’t impacting the entire population, the deaths are causing concern among some members of the wildlife community who have already sought restrictions on lead ammunition.

On former President Obama’s last day in office, Fish and Wildlife Service Director Dan Ashe signed an order banning lead ammo on federal lands by 2022. But the order was met with opposition by pro-gun activists who questioned the timing and science behind the directive.

“This directive is irresponsible and driven not out of sound science but unchecked politics,” said Lawrence Keane, National Shooting Sports Foundation senior vice president and general counsel, in a statement. “This directive was published without dialogue with industry, sportsmen and conservationists. The next director should immediately rescind this, and instead create policy based upon scientific evidence of population impacts with regard to the use of traditional ammunition.”

Ashe’s order was later overturned by President Trump’s Secretary of the Interior, Ryan Zinke. For their part, the gun industry maintains that hunting has supported the rehabilitation of the majestic birds. “Eagles are doing very well, their recovery is a great success story largely supported by excise taxes paid by hunters,” Keane told the Associated Press.

Though some wildlife advocates are pushing for a full-out lead ban, other researchers are pointing to education as a solution. “It can be easily solved by not leaving the remains of animals where scavengers can get to them, or to simply use non-lead ammunition,” Virginia advocate Clark explained. “This information needs to be in every hunter safety course.”

Nine bald eagles died in 2016 due to lead poisoning and seven eagles have succumbed to lead so far this year.