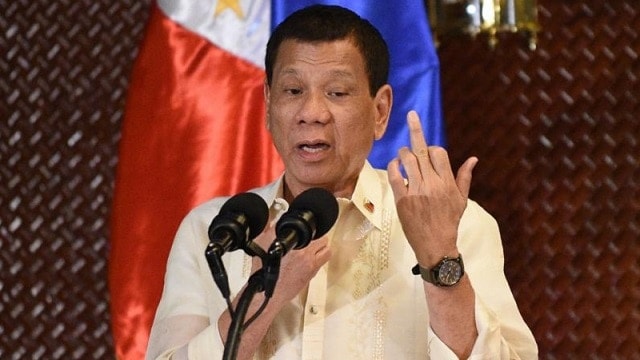 Human rights groups have urged U.S. lawmakers to continue the ban on firearms sales to the Philippines, as well as to stop support for the Philippine National Police.

Kine noted Philippine security forces have killed more than 7,000 suspected drug dealers and users since July 1, 2016. According to government data, at least 3,116 of those killings have been carried out by police. Those totals, Kine pointed out, do not include victims Duterte refers to as “collateral damage,” who are sometimes children caught in the crossfire during drug stings.

Field research conducted by Human Rights Watch found many of the deaths of suspected drug dealers and users were unlawful and could be considered crimes against humanity. Many of the so called “death squad” operations were carried out in urban slums, and interviews with witnesses revealed a pattern of police killing suspects and then planting drugs and guns at the scene to justify their actions.

Kine also painted a ghastly picture regarding the effects the drug war has had on Philippine prisons, which he said had become severely overcrowded and unsanitary. The main 10,000-bed rehabilitation facility in the country, funded by China and located Fort Magsaysay military base 75 miles north of Manila, is providing more abuse than it is treatment, Kine argued, and many more drug treatment facilities are needed in the communities.

Lastly, Kine noted that many critics of the drug war have been harassed and even arrested. Most notable in this group of critics was Senator Leila de Lima, who called for accountability in the drug war and was subsequently arrested on drug charges.

In reaction to the Philippine drug war in Nov. 2016, the U.S. State Department suspended the sale of 26,000 military assault rifles to the Philippine National Police. This step, Kine said, was due in large part to Sen. Ben Cardin (D-MD) voicing his concerns over human rights violations in the drug war.

At the hearing, Kine urged the commission, co-chaired by Reps. James McGovern (D-MA) and Randy Hultgren (R-IL), to continue this suspension of firearms sales and to also maintain the Millennium Challenge Corporation’s suspension of funds to the Philippine government, announced by the U.S. Embassy in Manila on Dec. 14.

While President Donald Trump reportedly praised Duterte’s efforts and went so far as to invite the leader to the U.S. in an April 29 phone call, Sens. Ben Cardin (D-MD), Marco Rubio (R-FL), Brian Schatz (D-HI), and Edward Markey (D-MA) introduced the Philippines Human Rights Accountability and Counternarcotics Act of 2017 on May 4. The legislation is intended to restrict defense aid to the country, fund the Philippine human rights community, and promote a public health approach to drug abuse in the country.

Kine called for a companion bill to be introduced in the House and asked for swift passage, noting doing so may help save lives and send a message to Duterte.

McGovern responded at the hearing that he would urge Congress to work on a companion bill and that he was vehemently opposed and would protest if Duterte visited the country, NBC News reported.

Duterte then lashed back on Friday, saying he would never visit the U.S. and called the country “lousy.” He also added that the U.S. Congress should “start with their own investigation of their own violations of the so many civilians killed in the prosecution of the wars in the Middle East.”