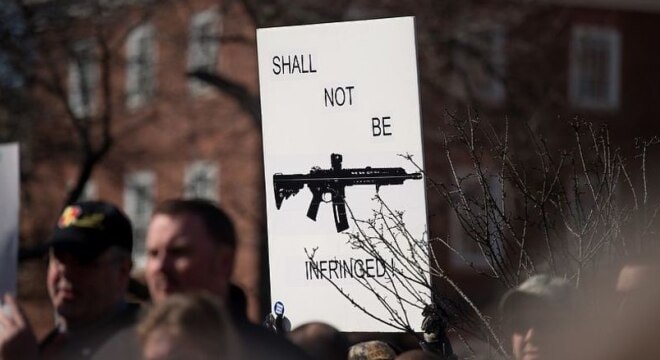 A long-simmering challenge against Maryland’s 2013 Firearms Safety Act has been appealed to the nation’s highest court.

Attorneys for the Maryland State Rifle and Pistol Association and the National Shooting Sports Foundation on Friday filed the 325-page petition to the U.S. Supreme Court on behalf of Stephen Kolbe and a series of gun stores and shooting clubs asking the court to protect popular semi-automatic rifles and magazines from prohibition.

At stake is the 2013 law signed by staunch anti-gun Democrat Gov. Martin O’Malley which banned guns deemed “assault weapons” due to cosmetic characteristics and limited magazine capacity to 10 rounds.

Blake’s ruling was riddled on appeal by a three-judge panel of the U.S. 4th Circuit in 2016 who disagreed with the jurist’s logic. This led to a retrial by a rare en banc panel of the entire court which stood behind the ban in a 10-4 ruling earlier this year.

“We conclude — contrary to the now-vacated decision of our prior panel — that the banned assault weapons and large-capacity magazines are not protected by the Second Amendment,” wrote Judge Robert B. King for the majority.

“The Second Amendment guarantees an individual right to keep and bear arms for self-defense,” said Cox in a statement Friday. “The popular rifles and standard magazines banned in Maryland are some of the best tools for self-defense. We are hopeful that the Supreme Court will reverse this egregious decision.”

Now on its way to Washington, the odds of being heard by the court are slim.

Although the Supreme Court receives thousands of petitions each year, the number granted is few, typically 100 or less. Granting a petition requires the votes of four Justices, something the court has declined to do in several recent gun rights cases sent up from the Circuits even when the late Justice Antonin Scalia was on the bench.

Further, the court has in the past declined to take up similar challenges to assault weapon bans in Connecticut last year and Illinois in 2015.