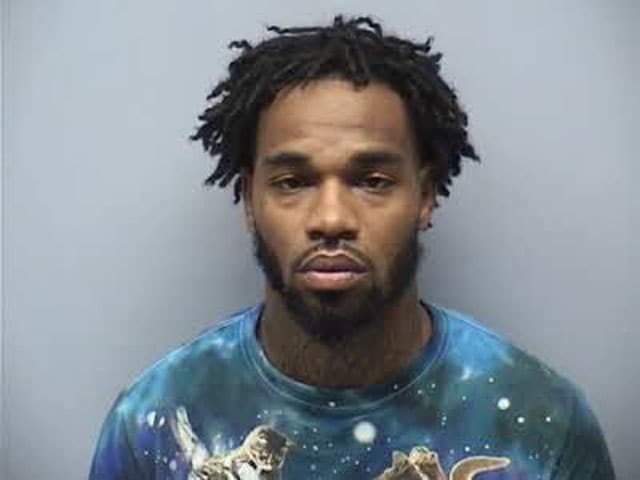 A man who films police interactions came to the aid of an officer when a man he was arresting went for his service weapon Saturday night in Roanoke.

Josh Blake said he was driving home with a friend around 11 p.m. when he saw a vehicle speed by, followed by a police car with flashing lights. The pursuit, which started after the suspect, 32-year-old Vincent Lee Hairston, failed to pull over during a routine traffic stop, ended in front of Blake when Hairston crashed and his car caught fire.

Blake, a self-described “video vigilante” stopped his vehicle and started recording. Hairston’s passenger got out of the vehicle and sat on the curb without further incident, but Hairston, however, began fighting with the officer.

Soon after Blake pressed record, he realized the officer was quickly becoming overpowered by Hairston.

“When he grabbed that cop’s gun, all bets were off,” Blake said. “I seen a look in his eyes I’ve never seen in another person.”

Blake handed his cell phone to his passenger to keep recording, then got out of his car to help the officer in need.

Hairston, who was on the Roanoke Police Department’s wanted roster for probation violation, assault and battery, grand larceny, unauthorized use of a vehicle, petit larceny and two counts of failure to appear, was eventually subdued and slapped with resisting arrest, attempting to elude, and attempt to disarm a law enforcement officer, in addition to his previous charges.

Vinton Police Sgt. C.J. Froeschl confirmed that a passerby helped the officer but did not identify the passerby by name. Froeschl said the person’s help “was appreciated.”