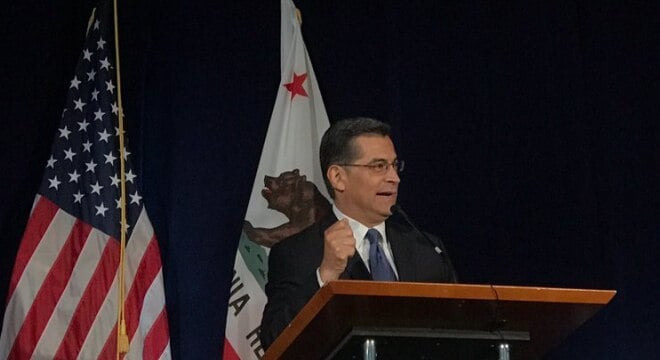 The California Department of Justice last week submitted to the California Office of Administrative Law draft regulations to expand the definition of an “assault weapon” in the state.

In a repeat of a proposal rejected by OAL, the state did not release the draft regulations to the public, submitting them “file and print only,” which could potentially shortcut public comment periods. Attorneys working on behalf of the California Rifle and Pistol Association and National Rifle Association were able to obtain the proposed 67-page regulatory change on Friday following public records requests.

Besides a host of updated legal definitions for what now constitutes assault weapons and “bullet buttons” and how they function following the adoption of new laws last year, a new online application process for those registering guns will be established. Users will have to create an account at the California Firearms Application Reporting System and provide personal information.

The website for the system cautions, “At this time, the regulations are still pending, however they should be effective in the very near future.”

Requirements for those submitting newly considered assault weapons to DOJ will have to upload digital photos of the firearm including of the magazine release, of each side of the receiver and of the barrel. Those producing homemade firearms, deemed a “Firearm Manufactured by Unlicensed Subject,” will have to send in photos of the now-mandated DOJ-supplied serial number after it has been permanently applied to the “FMBUS.”

Online applications will cost $15 and if the fee is not paid, the registration will not be processed.

Although lawmakers had placed a deadline to register assault weapons with DOJ by the end of the year, the proposed regulations allow that applications must be received by June 30, 2018.

The latest rule proposal is seven pages longer than the one rejected by OAL last month, while the submission pulled by California Attorney General Xavier Becerra’s office in February was only 19-pages.

Gun rights advocates have cautioned the state in pre-litigation letters that the previously proposed rules were rife with confusing potential pitfalls and did not qualify for an exemption to the regular rulemaking procedures that would allow for public comment.

A looming ban on previously grandfathered magazines in California was put on hold at the end of June by a federal court.