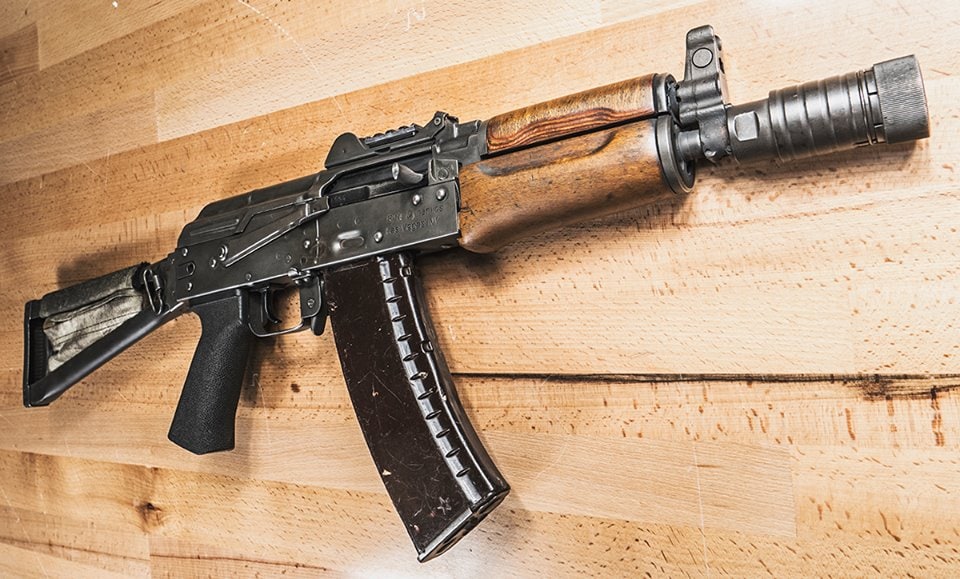 The Vegas Krinkov seems no worse for wear, even after a ton of ammo going through it (Photos: Rifle Dynamics)

The AKS-74U has reportedly been a workhorse for years and was one of the first select-fire guns RD’s Jim Fuller built when the company started. With “well over 100k rounds through it and getting close to 120k, it has had numerous recoil and extractor springs” besides the barrels and trigger groups.

Though  Fuller said the receiver is good to go, it currently has an out of spec barrel pin and would need at least a new trunnion to be re-barreled. While it could be done, Jim said, “The gun has served well, sometimes you just let them become wall hangers, it earned the right.”

“With its original parkerized finish it now sports a serious well-used look, another rifle that has earned its place in the RD museum,” says the post.

With a loaded 5.45x39mm cartridge tipping the scales at about 162-grains, 100K rounds of it equals something like 2,357-pounds of ammo, so in other words, the little RD Krink has seen well over a ton of ammo come and go. 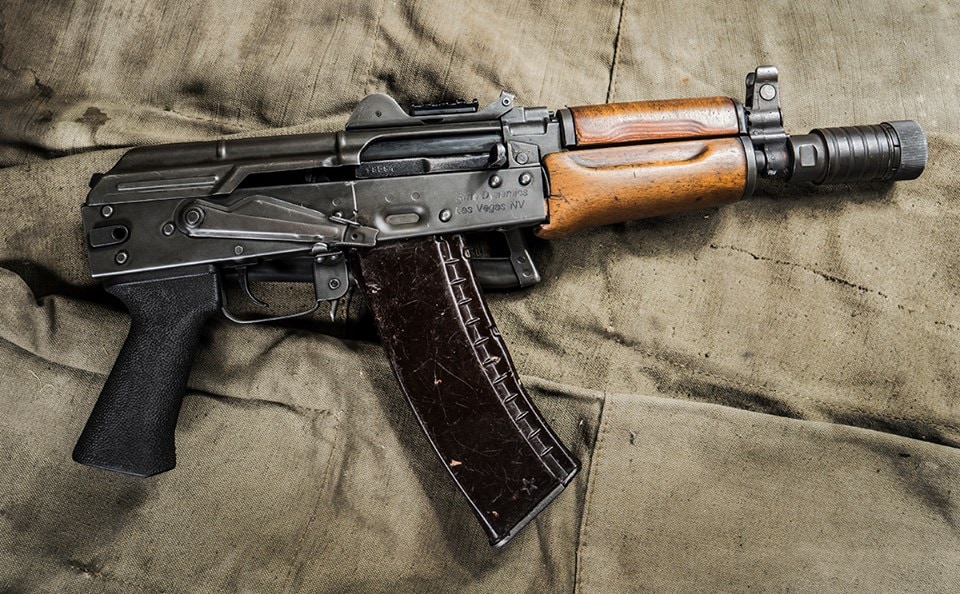