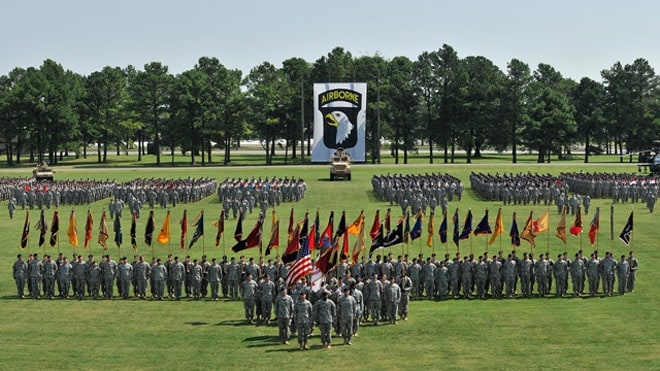 Soldiers rehearse for a division review on Fort Campbell on Aug. 16, 2012. The division review was the concluding event for the 2012 Week of the Eagles celebrating the 70th anniversary of history and valor of the 101st Airborne Division. (Photo: U.S. Army)

The winner of the Modular Handgun System contract will be issued first to troops at Fort Campbell, going to Soldiers of the 101st Airborne Division.

The modified Sig Sauer P320 9mm will go to the Kentucky base first, then will be fielded to a new installation each month until September 2018, except for next March and April, the Army News Service said in a press release.

The new pistols, in full-sized XM17 and compact XM18 variants, will be pushed out to all units over the next 10 years, replacing the aging M9 Beretta. 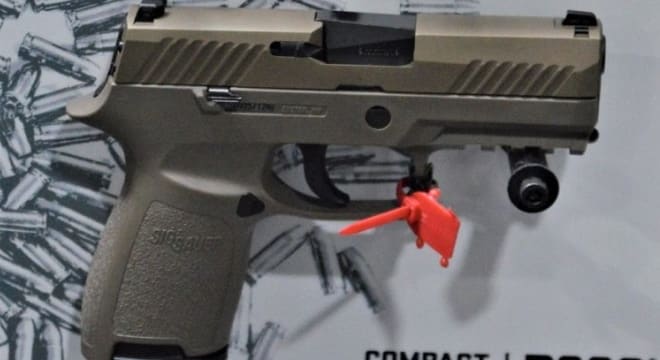 “That’s pretty dated technology,” Lt. Col. Steven Power, product manager of Soldier Weapons, said of the M9. “The specific performance improvements from MHS over the M9 are in the area of accuracy, dispersion (and) ergonomics. And ergonomics isn’t just about the comfort of the shooter.”

Power said testing earlier this year at Aberdeen Proving Ground found that Soldiers much preferred the polymer-framed XM17 over the legacy M9, saying it was more comfortable to shoot and they had more confidence with it.