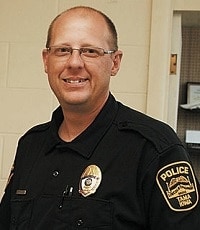 The former police chief of the Tama Police Department in Iowa was sentenced to federal prison Monday for stealing and selling impounded guns and vehicles.

According to the sentencing memorandum, 48-year-old Jeffrey Filloon received a prison term of two months and a fine of $500. He was also ordered to pay $1,625 in restitution to the victims of his crimes, which include the City of Tama, and will have to serve two years of supervised release after his prison term.

Filloon pleaded guilty to the crimes in February, admitting that while he was the chief of the Tama Police Department, he stole three guns and four vehicles that had been impounded and attempted to sell them.

He also admitted to lying to an FBI special agent conducting an investigation into the missing property, claiming he had bought one of the impounded vehicles he had in fact stolen.