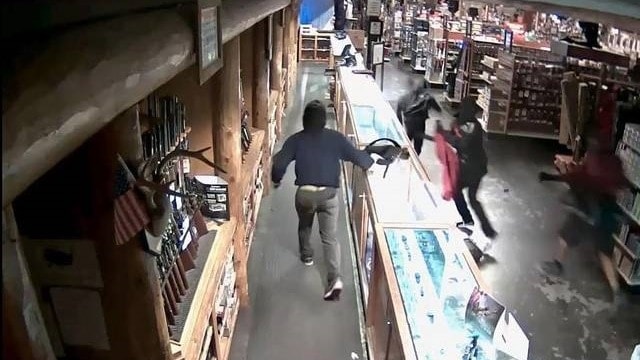 Deputies from the Broward County Sheriff’s Office in Florida have recovered nearly two dozen guns that were stolen from a Bass Pro Shop in Dania Beach.

ABC 7 News reported the robbery occurred early Friday morning and that the BSO is still asking the public for help in tracking down the thieves.

Surveillance video captured the men during their heist, grabbing rifles and shotguns and then heading out the door.

Some helpful tips led deputies to an apartment in Hallandale Beach. During an execution of a search warrant at the apartment, they were able to recover most of the guns.

“We believe we have the majority of the weapons. There’s a chance that there may be at least two or more out there at this time,” said Anderson, who added the goal is to now apprehend the thieves and any remaining guns that may still be out there.