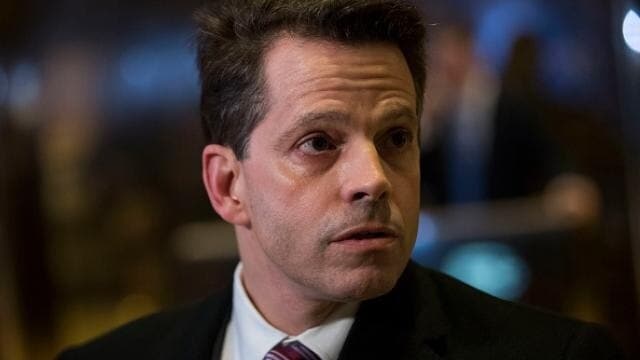 President Trump’s new White House communications director Anthony Scaramucci has in the past called for stronger gun control laws on Twitter, but those tweets have disappeared in the days since his appointment.

Scaramucci addressed the issue Saturday, saying on Twitter that his views have evolved and he serves the president’s agenda. But, still, both critics and fans have raised questions about his past views contradicting Trump’s current stance on guns.

Among the deleted, two addressed gun control. In August 2012, following the deadly Aurora Theater shooting, he tweeted: “We (the USA) has 5% of the world’s population but 50% of the world’s guns. Enough is enough. It is just common sense to apply more controls.” Then, a few months later, following the deadly Sandy Hook school shooting in December 2012, Scaramucci said: “I have always been for stronger gun control laws.”

.@Scaramucci deleted tweets to please Donald Trump and the @NRA. But the Internet is forever, and so is the truth: gun violence is a crisis. pic.twitter.com/CG6JKb6057

The National Rifle Association has staunchly defended Trump since he took office in January and has remained one of his closest allies after the campaign. The group endorsed him ahead of the any other Republican candidate in the primaries and later spent more than $30 million in support of his campaign. Trump has advocated the NRA’s “good guy with a gun” theory and supported its policy agendas, like nationalized concealed carry permits.

Yet, NRA spokeswoman Dana Loesch expressed concerns over Scaramucci’s past support for stricter gun control laws. She tweeted: “I do find it concerning that Comms Director & Spox has a contrary position on #2A from President Trump. Imagine national reciprocity fight.” But she later deleted the comment and replaced it with “I hope you’ve changed your mind on this.”

I hope you’ve changed your mind on this. https://t.co/0LYBpqLYag

Jennifer Baker, the NRA’s director of public affairs, told The Hill that Loesch was acting on her own and not on behalf of the NRA regarding her comments on Scaramucci. “Dana Loesch was not speaking on behalf of the National Rifle Association when she commented on recent White House personnel decisions,” Baker said.