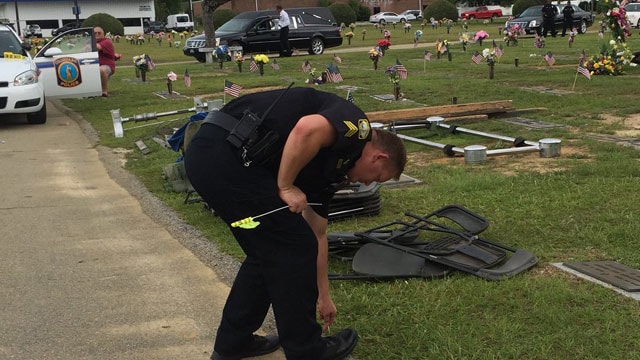 An officer works the scene where a man drove through a crowd of people attending a funeral. (Photo: Columbia Police Department)

Authorities in Columbia, South Carolina, say a man intentionally drove his car through a group of people as they attended a funeral last week, but witnesses also say one woman may have prevented further injury after she pulled a gun on the suspect.

The Columbia Police Department confirmed in a press release that 12 people ranging in age from 11 to 78 years old were left with serious, though non-life threatening, injuries, while 64-year-old James Kester was charged with a dozen counts of attempted murder.

The incident unfolded at the Greenlawn Memorial Park around 1:30 p.m. Wednesday. The funeral of Margaret Livingston was coming to a close but about 30 to 40 people were still at the graveside at the time of the attack.

Authorities say Kester walked up to the group and asked a family member if the funeral was for Margeret Livingston. Tammy Altman, Livingston’s cousin, said Kester’s question came across as odd because everyone who knew Livingston called her either Peg or Peggy.

Witnesses say Kester then walked away, got into his Cadillac sedan and drove through the crowd of people.

“He gunned it,” Altman said during Kester’s bond hearing Thursday. “After that, it was mass chaos. There were just people thrown everywhere. There were people bleeding everywhere.”

One woman attending the funeral then retrieved a gun as Kester appeared to be preparing for another pass through the crowd, according to reports from local media. Kester was still on the scene when police arrived, although Columbia Police Spokeswoman Jennifer Timmons said it’s unclear if Kester realized the woman had a gun. Timmons also confirmed the woman was carrying the gun legally and possessed a valid concealed weapons permit.

Kester was apprehended by authorities as the victims were rushed to area hospitals. 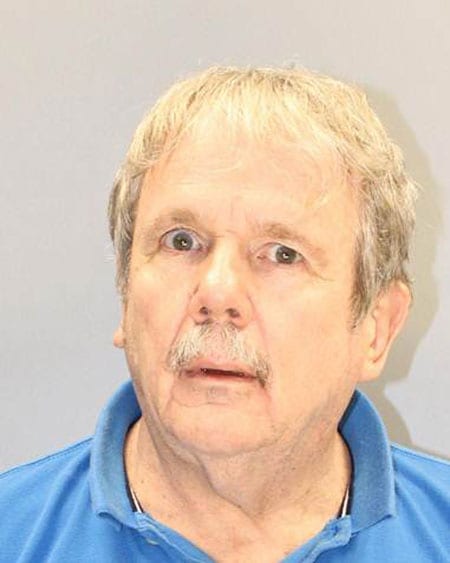 Police say Kester was not acquainted with Livingston or anyone at the funeral but was likely seeking revenge for what he felt was unfair treatment of his daughter at the Department of Mental Health. Investigators believe Kester chose Livingston’s funeral because her obituary, which was made public, identified her as a retired employee with the Department of Mental Health.

Kester said in court that the department kept him from seeing his daughter, Joy, for 600 days. The Department of Mental Health declined to comment on the accusations, but according to The State, Kester’s daughter died last year from injuries she sustained in a house fire, which was later determined to be caused by an electrical issue. She, along with Kester’s father, are both buried at the cemetery where the incident took place.

Kester remains behind bars on a $5 million bond. If convicted, he could face up to 30 years in prison for each of the 12 counts of attempted murder.