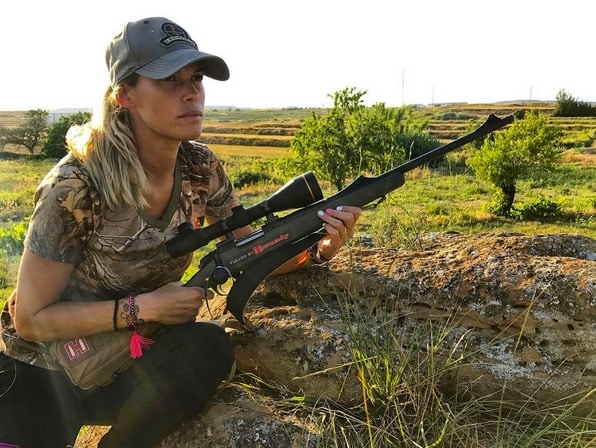 A Spanish hunting organization is pushing for criminal charges against the “animal terrorism” that drove huntress and social media celeb Melania Capitan to suicide, according to reports.

The Royal Spanish Federation of Hunting said it has presented a criminal complaint for consideration to the Public Prosecutor’s Office on Monday, charging “animal terrorism” against those who “made an intolerant and violent attack against the hunting group, with insults, calumnies, threats, even death, after the tragic, sad and sad death of Captain Melania.”

Authorities ruled the death of 27-year-old Capitan as a suicide after she was found dead in her home in northeast Spain last week. She reportedly left a note and made phone calls before her passing. Details about the messages have not been made public.

Capitan gained fame and nearly 10,000 followers sharing her expeditions and hunting trophies via social media. But along with fans, came troves of hateful messages and even threats that made their way out of the Internet and into her personal life, which continued after her death.

While many speculate her suicide was influenced by cyberbullying, at least one friend said that wasn’t what drove her to take her own life. “It is a lie that she committed suicide because of the threats, because she was a very brave woman, very strong, a fighter,” one friend told reporters, adding that her suicide was likely the result of “personal problems.”