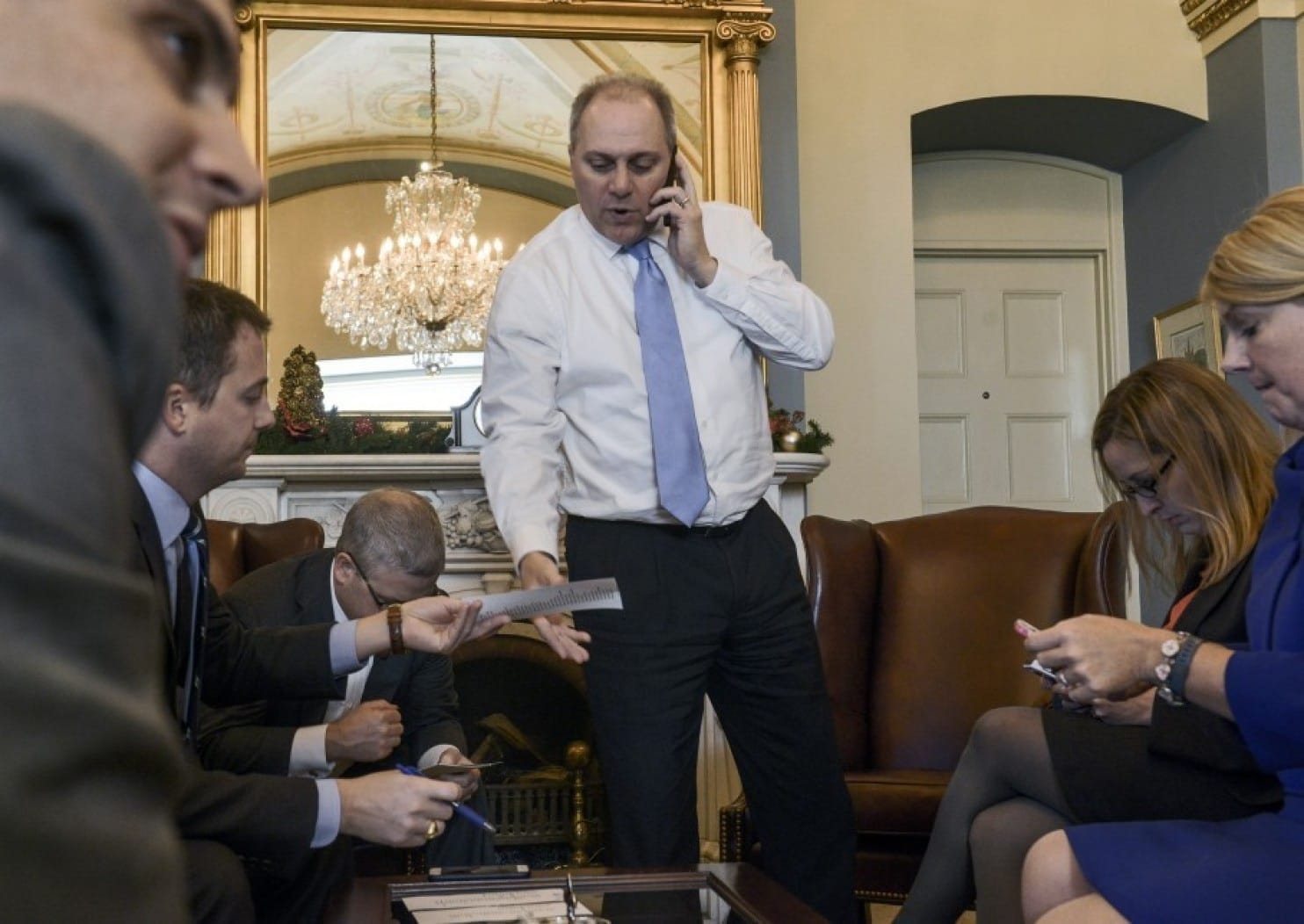 Members of the GOP whip team said the Louisiana congressman sounded “in good spirits” and even joked about whether the Senate passed the healthcare bill yet, according to Politico.

Scalise remains in fair condition at Medstar Washington Hospital Center after undergoing surgery for a deep tissue infection July 13. He told the whip team he could soon be transferred to a rehab facility as he begins the physical recovery process, according to the Washington Post.

The House Majority Whip nearly died June 14 when a disgruntled Bernie Sanders supporter opened fire on congressional Republicans and staffers practicing for a charity baseball game at a park in Alexandria, Virginia.

Attendees of the whip meeting said Scalise thanked Special Agents Crystal Griner and David Bailey for saving his life. The officers — on duty as his security detail that morning — traded gunfire with the shooter before mortally wounding him. Both sustained gunshot wounds during the attack, along with Republican aide Zach Barth and Tyson Foods lobbyist Matt Mika. All have been treated and released.