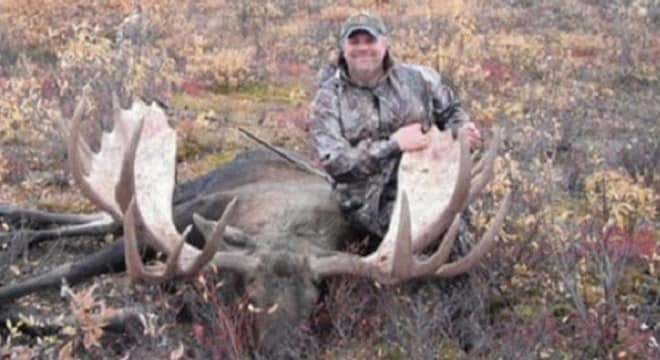 President Trump’s nominee for deputy secretary of the interior, David Bernhardt. (Photo: Department of the Interior)

The attorney and former U.S. Department of Interior solicitor was narrowly confirmed by the Senate to the department’s number two position this week.

Nominated to the post by President Trump in April after leading the Interior Department’s transition team, the one-time lobbyist and outdoorsman was confirmed to help lead the 70,000-person department in a partisan 53-43 roll call on Monday. Bernhardt will join former Navy Seal and Montana lawmaker Ryan Zinke, the current Interior secretary, in spearheading the department charged with managing most of the nation’s public land.

“Finally, after months of waiting for confirmation in the Senate, I’m excited to welcome David Bernhardt back to the Department to serve as Interior’s Deputy Secretary,” said Zinke in a statement. “David’s extensive experience serving under previous Interior secretaries, his esteemed legal career, and down-right love of our land and resources is exactly what is needed to help streamline government and make the Interior and our public lands work for the American economy.”

The Interior Department oversees the Bureau of Land Management, U.S. Fish and Wildlife Service, Bureau of Indian Affairs and the National Park Service, among others. As such, it is responsible for some 20 percent of the land in the country and has an annual budget of $11 billion.

Bernhardt, reportedly an avid sportsman, previously served on Virginia’s Board of Game and Inland Fisheries and as the federal commissioner to the Canadian/U.S. Boundary Commission besides holding several positions at Interior during the administration of President George W. Bush. He helped pen Bush’s Executive Order 13443, which enhanced hunting opportunities and promoted game management.

However, he drew fire from Democrats who contend his more recent ties to gas, oil and mining interests made him a poor choice, with U.S. Rep. Jared Huffman, D-San Rafael, saying, “It would be hard to find anyone in the United States that is more conflicted and disqualified for this job than Mr. Bernhardt.”

Environmental groups opposed Bernhardt’s nomination, contending he was pro-fossil fuel and could push for more drilling on public lands. Notably, the Independent Petroleum Association of America welcomed his confirmation.

“Regardless of policy differences, any politician who claims to care about draining the swamp should now commit to holding David Bernhardt accountable for his actions at Interior, especially when it comes to his long list of industry clients,” said Jennifer Rokala, executive director of the Center for Western Priorities, following his confirmation.

For his part, Bernhardt vowed to distance himself from any actual or apparent conflict of interest should he be confirmed, including withdrawing from the law firm where he is a partner.

His confirmation was championed by Safari Club International and 27 other conservation groups who said he would help wisely manage national resources.

“Hunters, anglers, and sportsmen across America strongly supported David’s nomination and we are pleased to see his confirmation by the Senate to this critical post,” said Paul Babaz, SCI’s president.