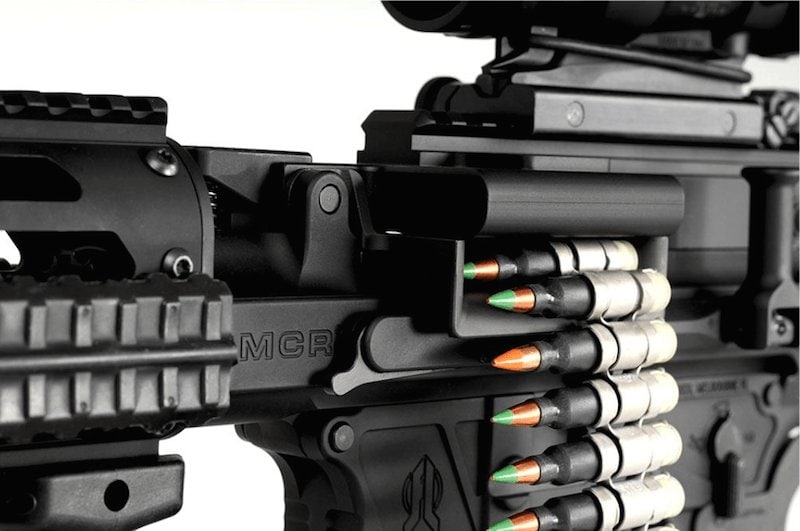 The fifth generation hybrid cartridge is projected to lighten overall ammo weight up to 30 percent.

“The Army and some of our commercial customers have been interested in lightweight ammunition for quite some time, so our R&D team is pretty excited about the progress we’re making to finally solve the elusive lightweight ammunition equation for conventional rifles and machine guns,” Geoffrey Herring, CEO of ARES Defense Systems, said in a press release. “The primary objective for developing polymer ammunition is to additionally lighten the soldier’s ammunition load by at least 20% and we think that our hybrid case will be able to achieve that while maintaining safety and ballistic performance and also supporting legacy systems.”

He added, “We’ve already accomplished significant weight savings for the soldier with our squad automatic MCR which currently weighs 50% less than the current M249 and is 3-times more accurate as verified by US military testers during live fire exercises.”

The MCR can function as a belt fed rifle or with M16/M4 magazines. (Photo: FightLite)

Boasting a gas-piston operation and a tool-less quick-change barrel design, the 8.5-pound, 5.56-chambered MCR is both suppressor and grenade launcher capable. Its select-fire operation also allows users to accurately and quickly engage targets.

FightLite is keeping a tight lip on the details surrounding its proprietary ammunition until patents on the new design are secured. No firm date has been set for delivery of the 5.56 hybrid ammo to the market.