Burglaries, robberies, and theft are big business for criminals across the country and a recently published report shows which states experience these crimes the most, as well as the most commonly stolen items in each state.

According to FBI crime data from 2014 and analyzed in the report Stealing Strangers’ Stuff, burglaries are, by far, more common than theft and robberies, occurring, on average, three times every minute or nearly 200 times an hour and more than 4,600 times each day.

Burglaries – both residential and commercial – were most commonly reported in Mississippi, followed by New Mexico, Nevada, Arkansas, and Louisiana. 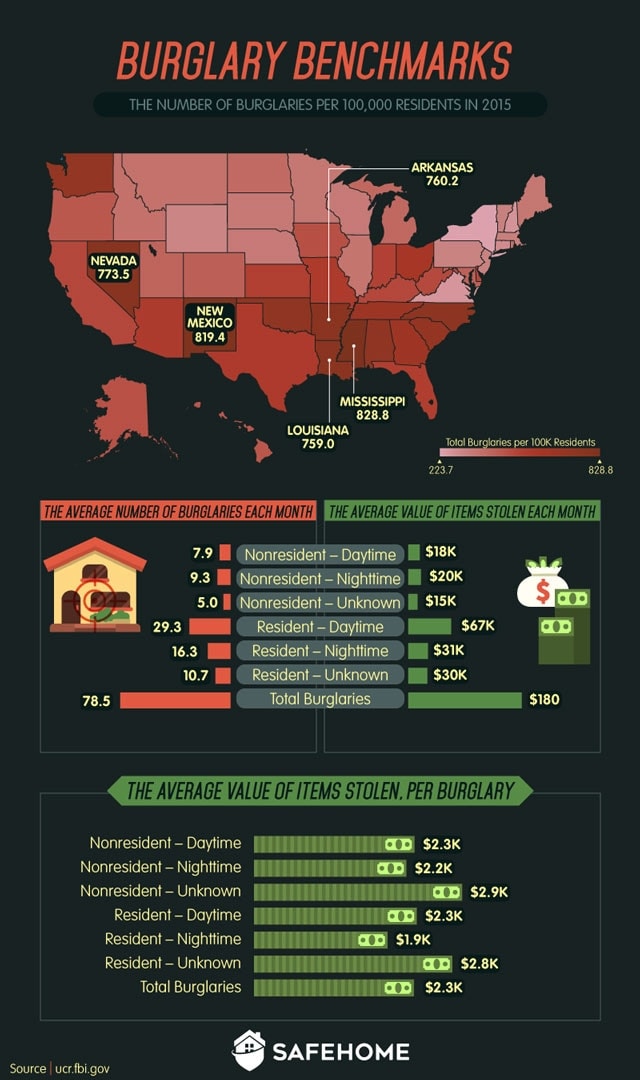 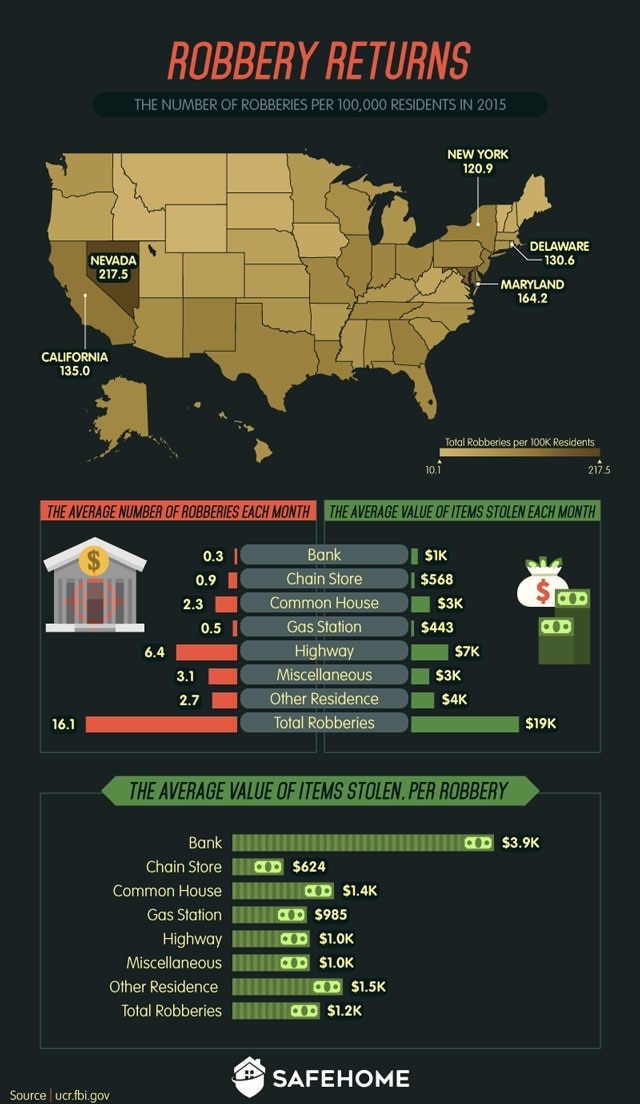 However, across the nation, the top item taken during these types of property crimes varies greatly from state to state. For example, only one state – Alaska – reported firearms as the most commonly stolen item, while California was one of seven states where clothing was stolen more often than any other item. Likewise, Hawaii – followed by Nevada – saw far more instances of pick pocketing and purse snatching, per capita, than any other state. 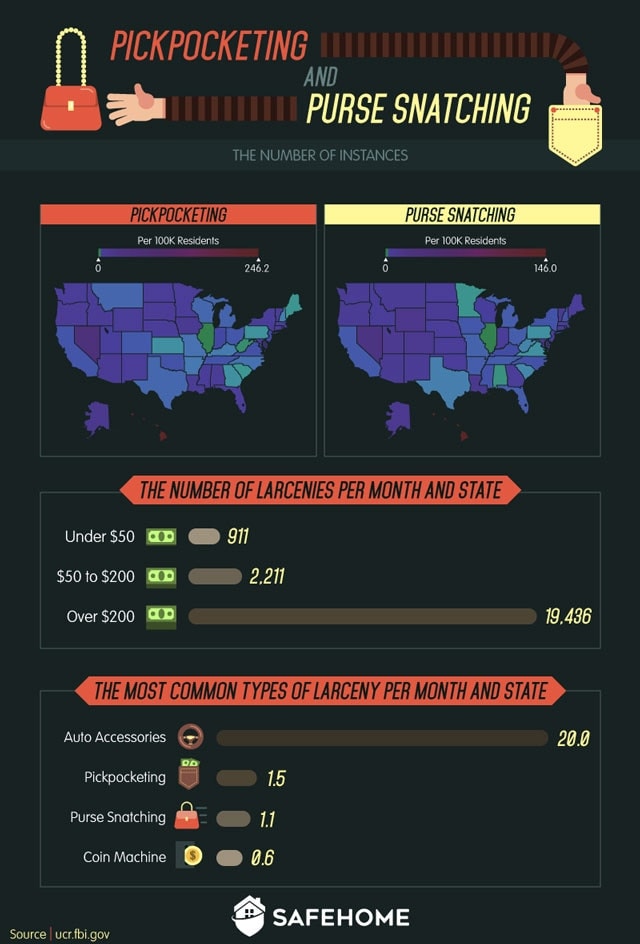 And while firearm thefts often make the news, guns are among one of the least stolen items nationwide, with only household goods and livestock seeing fewer thefts than firearms. Behind the “miscellaneous” category, jewelry and other precious metals are the most commonly take items, followed by clothing, cash, office equipment and other electronics, and consumable goods.

Likewise, Hawaii ranked number one in each of the 10 categories for being the top state, per capita, for the number of stolen items. 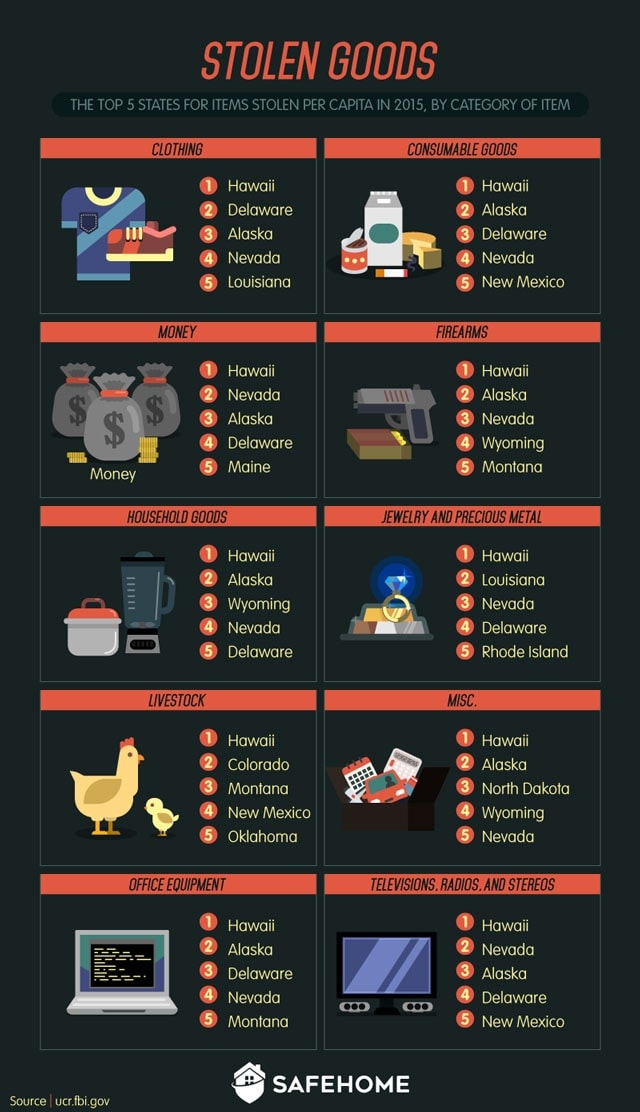 And the average payout for these crimes? More than $120,000 each month. 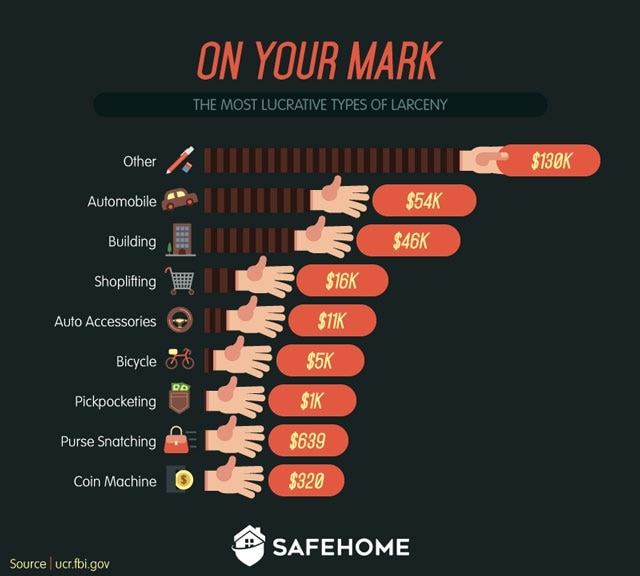