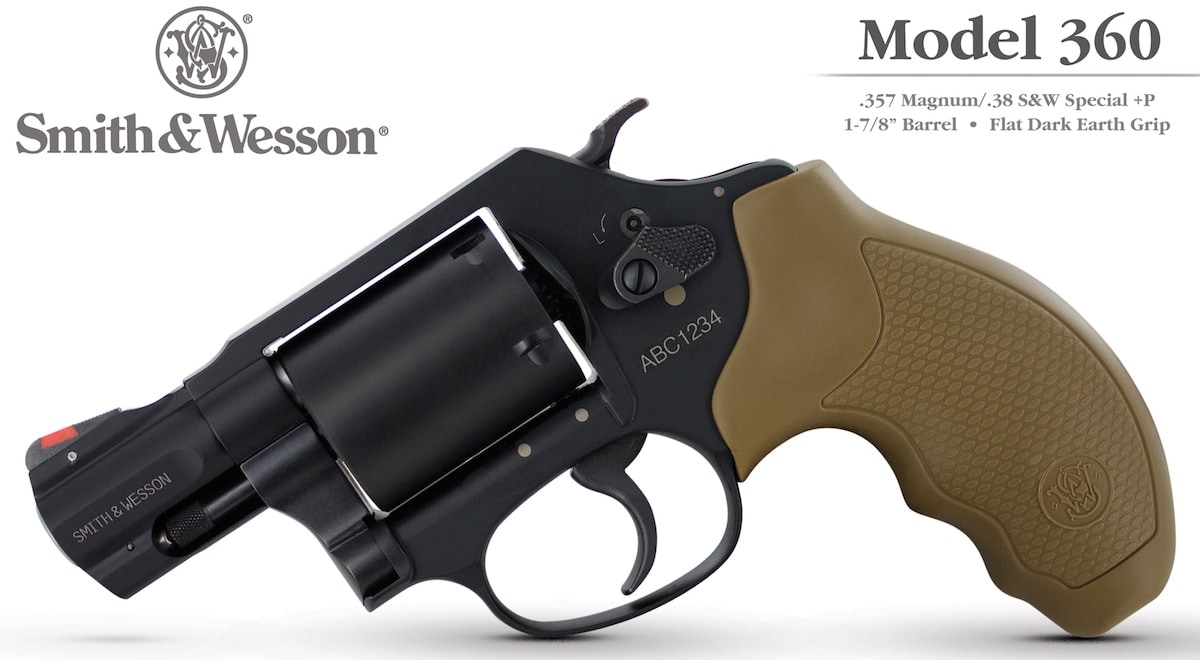 The Model 360 revolver, chambered in .357 Magnum, aims to provide Smith & Wesson fans with a lightweight yet powerful wheel gun for concealed carry. The gun boasts a scandium alloy frame paired with an unfluted stainless steel cylinder and black finish. The gun is equipped with a red ramp front sight and a fixed notch rear sight. Flat Dark Earth combat grips round out the revolver’s design.

Jan Mladek, general manager for Smith & Wesson and M&P brands, said consumers’ love of the J-frame pushed the company to add another revolver to its lineup.

“With the growing popularity of concealed carry firearms, Smith & Wesson has continued to innovate in the popular J-frame revolver category,” Mladek said in a press release. “The Model 360, chambered in .357 Magnum and weighing only 14.9 ounces, is a powerful and easy-to-carry option for those looking for a new concealed carry sidearm.”

The 5-round revolver is now shipping with a MSRP of $770.