Bundy supporter gets 30 months for illegal possession of stolen .50-cal 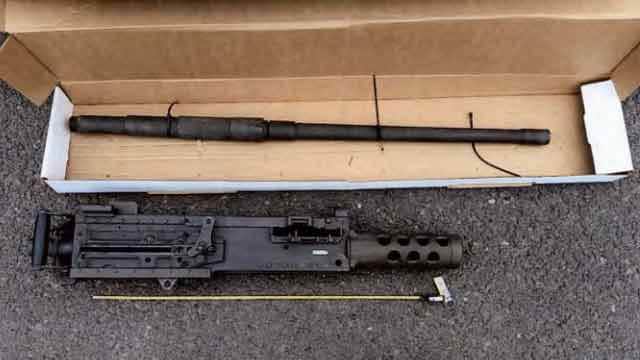 The feds found this stolen .50-caliber under the bed in Michael Emry’s travel trailer. (Photo: FBI)

A man who participated in last year’s occupation of Oregon’s Malheur National Wildlife Refuge was sentenced to two and a half years in prison for illegal possession of a stolen fully automatic machine gun.

Michael Ray Emry, 55, who will also be required to complete three years of supervised release, pleaded guilty to the charges in January.

“The people’s representatives pass laws to keep our communities safe. Mr. Emry broke those laws and as a consequence, he will spend time in federal prison,” Loren Cannon, special agent in charge of the FBI in Oregon, said in a statement announcing Emry’s sentence.

On May 6, 2016, several months after the 41-day occupation ended, authorities recovered the Browning M2 .50-caliber “Ma Deuce” from underneath a bed in Emry’s travel trailer, which was located at an RV park in John Day, Oregon, at the time.

The weapon, which was not registered to Emry and had the capacity to fire 550 to 650 rounds per minute, had the serial numbers obliterated. Emry admitted to federal authorities that he stole the gun from a firearms dealer in Idaho and scratched off the serial numbers before bringing the gun to Oregon.

“I applaud federal and state law enforcement officers for their swift and decisive action in removing a very dangerous stolen weapon from the community,” said Billy J. Williams, United States Attorney for the District of Oregon.

“Transporting stolen weapons is a serious crime and will be met with equally serious consequences,” Williams added.

Additionally, according to court documents, an informant told federal authorities that Emry planned to bring the weapon to the Malheur occupation but, “because of the law enforcement presence,” was unable to do so. However, despite this fact, Emry allegedly told a Deschutes County sheriff’s deputy that the weapon was at the wildlife refuge, which the deputy perceived as an attempt at intimidation.