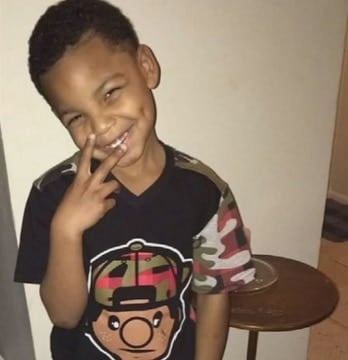 A Kentucky man who said barbecue sauce caused a gun to slip out of his hands and then discharge in the shooting death of an 8-year-old boy has taken a plea deal.

WDRB reported 21-year-old Elgin Anders pleaded guilty on Monday to reckless homicide for the fatal shooting of 8-year-old Andre Lamont O’Neal Jr. and will most likely face either two years in prison or four years of probation.

The shooting occurred in January 2016 at a Louisville cookout, after which Anders said the gun had slipped out of his hands and then discharged when it hit the ground.

“We was grilling and everything,” Anders said. “I came out and looked at the grill, had a little BBQ sauce on my fingers. I licked the sauce off my fingers [and] it slipped straight out of my fingers.”

Court records show differing accounts of the shooting. Some corroborate Anders’ story that his .357 magnum revolver fell to the ground and then discharged, while a juvenile witness said Anders pointed the gun before it fired.

Andre’s Aunt, Gina O’Neal, does not believe Anders story and feels justice has not been served.

“It hurts so bad to know that the justice system failed us,” O’Neal said. “He gets to walk around free. … Baby Dre won’t have another day with us.”

Andre’s grandfather, Luther Brown, is a gun safety activist in Louisville and encourages all gun owners in the community to use gun locks and safely store their guns. As reported by the Lexington Herald Leader, Brown thinks harsher sentences must be doled out to those responsible for child shootings.

Anders sentencing has been scheduled for Sept. 12.