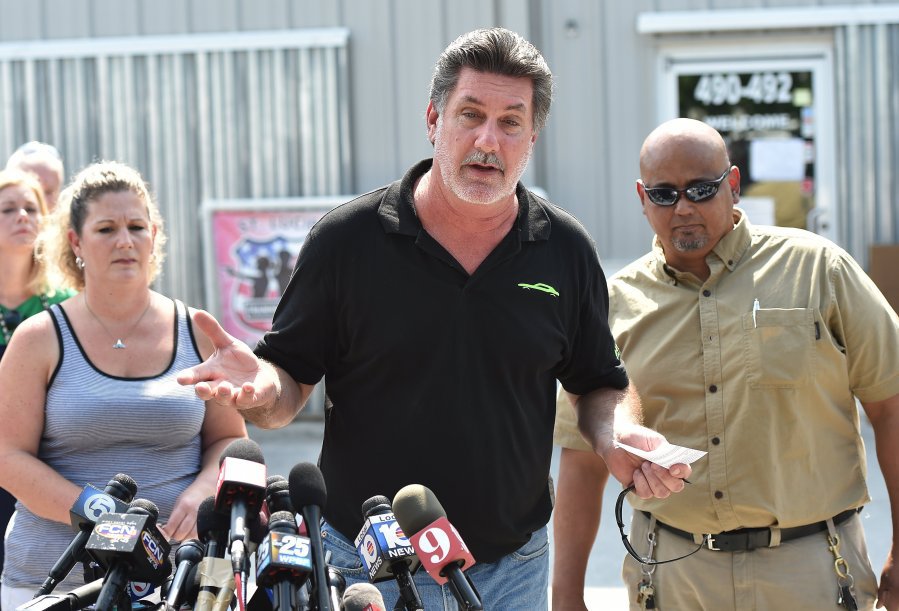 The federal government disclosed the official inspection report for the store where the Orlando shooter bought his guns before the June 12, 2016 massacre at Pulse nightclub.

Media group TCPalm acquired the heavily-redacted document as part of a Freedom of Information Act Request. The news outlet said Thursday it took 10 months and pressure from a USA Today Network attorney before the Bureau of Alcohol, Tobacco, Firearms and Explosives fulfilled the request.

The report uncovered nothing unusual or negligent at the Shooting Center, the Port St. Lucie gun store where Omar Mateen bought a handgun and a rifle on two different occasions about 10 days before the shooting, according to TCPalm.

“He did his due diligence,” ATF spokeswoman Clara Himel told the news outlet of the gun store’s owner, Ed Henson.

Forty-nine people died and more than 50 others were wounded when Mateen opened fire inside the nightclub just after 2 a.m. on June 12, 2016, in what would become the deadliest mass shooting in American history.

Federal officials declined to comment whether the guns bought at the Shooting Center were used in the attack.

“If all gun dealers just followed the law, kept good paperwork and did background checks, we would be safer as a country,” said David Chipman, a former ATF special agent with 25 years’ experience and a senior policy adviser for Americans for Responsible Solutions, in an interview with TCPalm. “This dealer did all those things, and then had the courage to address the media … We shouldn’t punish that person because of that.”

Henson opened Shooting Center as a gun range in 2011. He expanded into a retail store in 2015 after Shooters Choice — a dealer located in the same building as Henson’s range — went out of business.

“An evil person came in here and they legally purchased two firearms from us, and if he hadn’t purchased them from us, I’m sure he would have gotten them from another local gun store,” Henson said during a press conference one day after the shooting. “This man held multiple security licenses; he had an armed and an unarmed license. He passed the background check that every single person that purchases a firearm in the state of Florida undergoes.”

He later told reporters he shut down the store voluntarily so the ATF could perform its inspection “without any distraction or delay.”

Henson, so far, has never received a violation from the ATF, according to TCPalm.